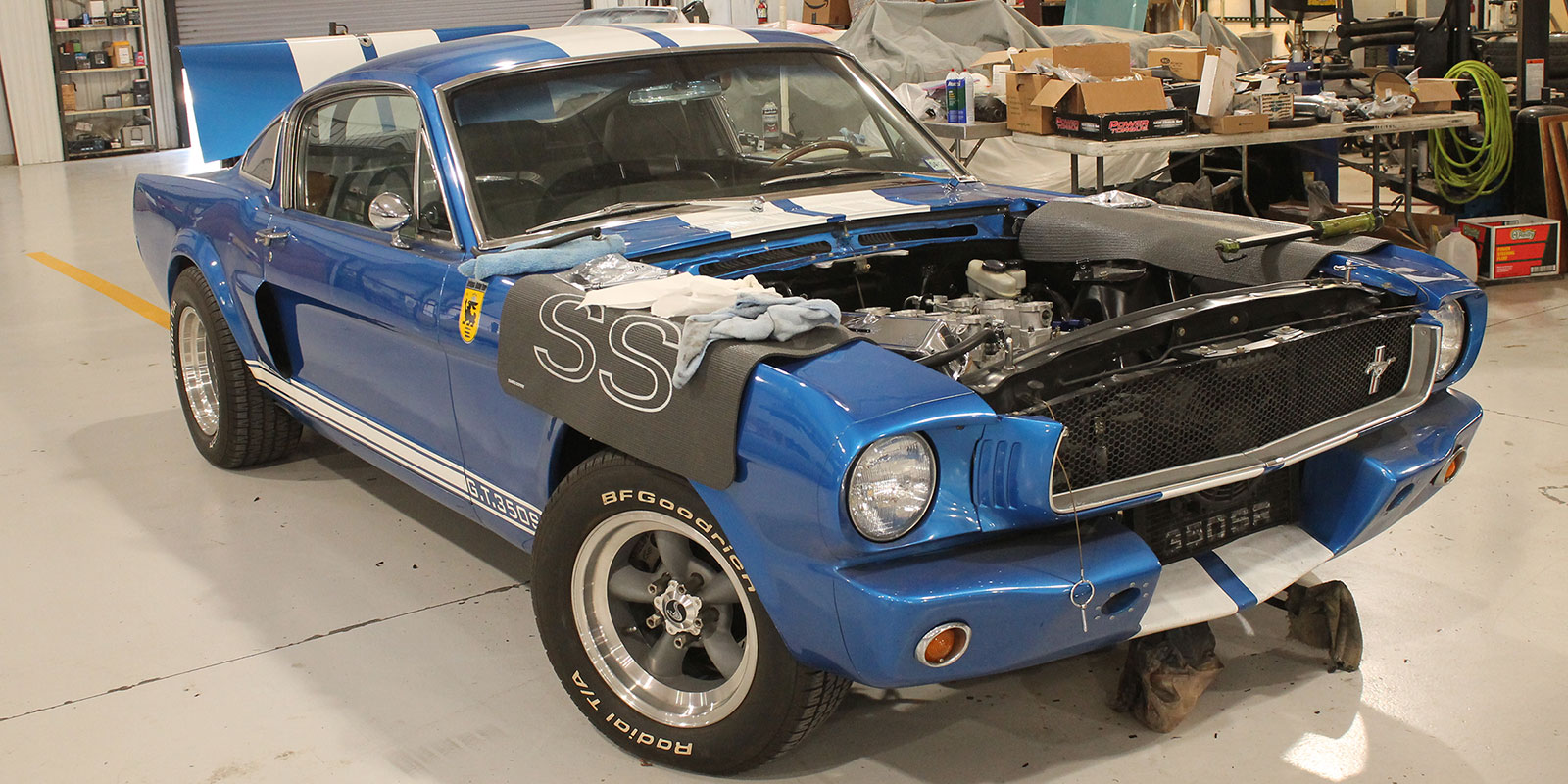 Over the past several years, several area businesses have set up shop in the area to cater to the automotive enthusiast, providing whatever level of car project help is needed, from a little assistance to a complete, factory correct restoration.

The shops work on hot rods, classic cars, muscle cars nd with their customers’ imaginations, and they have the resources to build a 1-of-a-kind piece of automotive artwork.

Working alongside the mechanical wizards is a national parts supplier specializing in muscle cars from the 1960-1979s era.

One of the older shops is North Texas Customs, started in a 2-bay garage by Tyler Pryor in 2005 and now occupying a 19,000 square foot building at 101 Kristen Ct. in Wylie.

NTC is a true 1-stop shop, providing full restorations, mechanical and maintenance work, media blasting, fabrication and paint and body work. The business can fabricate a 1-of-a-kind ride, or bring a
classic muscle car back to life with a full restoration.

Pryor reported that over the years his customer base has expanded across the United States and even to a few international clients.

“We are really enjoying what we are doing,” he said.

Although there are several custom automotive businesses concentrated in the Wylie area, Pryor said that there is a plenty of work for all. The shops, he noted, have developed a sense of collaboration and will refer work to neighboring businesses.

As for why so many custom automotive businesses located in the Wylie area, the NTC owner speculates that it could be because there formerly were several junk yards along Hwy. 78 that could provide parts. He also said, in his case he was ready to move out of the city.

Tim Goodwin opened Iron Horse Classics in 2012 and it took him little time to open a second, larger shop to serve a booming clientele.

“Everything’s done in-house,” Goodwin said. “That is the way we control quality.”

The custom automotive business  works primarily on classic muscle cars, such as the Ford Mustang, Pontiac GTO, Dodge Challenger, Chevrolet Camaro and other popular models that defined the late 1960s and early 1970s. But there are also a number of classic pickup trucks, 4-by-4s and exotics under their watchful eye.

The business also is caring for a number of cars in a collection, tuning them up mechanically and cosmetically.

“We do whatever our customers tell us to do,” Goodwin said. “We try not to say no.”

Goodwin also is experimenting to combine the past with the future, converting some of the old classics to electric motors. An electric motor not only is environmentally sensitive, it also can produce more horsepower and torque than a internal-combustion powerplant.

To restore classic cars and to create custom rides requires parts, and that is where Firewheel Classics of Wylie fits into the culture by supplying muscle car parts and accessories to a worldwide customer base.

Firewheel was started by Patti Good out of her house in Garland in response to the treatment she received from parts suppliers as she bought, repaired and sold first generation Chevrolet Camaros as a hobby. She moved to Murphy and expanded the business to a workshop behind her house and moved again to a 7,500 square foot facility in Wylie as the business grew.

“I was the first to sell Camaro parts on the Internet,” she said.

“You have to do everything now,” Good said.

The business owner runs the operation with her daughter, Merri Jordan. As the sold staff, the two take, fill and ship orders worldwide. Good recalled that they even sent a special Chevrolet license plate to an address at the North Pole.

Parts include new old stock they acquire for manufacturers, auto dealerships and other sources, and reproduction parts. The front of their business includes displays of wheels, steering wheels, seats, trim, T-shirts, caps and more, with the parts racks in the back of the building.

Conceivably, an automotive enthusiast could build a complete car from the parts offered at Firewheel Classics.

“We even sell a body. It comes in a crate,” Good said.

“The guys call this the candy store.”

Pointing out that he has been a mechanic most of his life, Rodney Moore of Rod’s Car Craft has worked his magic in the area since 2002 restoring cars and creating custom builds.

His 9,000 square foot shop at 414 Keen Ave. on the edge of Wylie features 10 bays filled with customer cars and several that he has kept for himself, such as a red and black 1970 Plymouth ‘Cuda’ that has been featured in a Good Guys car magazine.

Moore proudly pointed out that he does it all in his shop, engine work and replacement, restoration, fabrication, paint and body, and upholstery.

Moore took auto shop while he was a high school student in England, Ark., and said he was sent to the bus barn to work. He worked at several shops over the years until being recruited in 2002 to Car Craft in Garland, which he bought in 2007, renamed and moved to its current location.

The area has become a kind of car central location because of nearby businesses and a weekly gathering of car enthusiasts. Under construction nearby is a building of individual bays that will be rented to car owners so they can store and work on their vehicles.

“We have our own little community,” Moore said.

Although he has worked on vehicles most of his life, the business owner said that he is always learning. An example is a first generation Camaro in the shop that is totally controlled through an iPhone application. Moore had to learn about phone applications and expand his computer knowledge to make it work as the customer requested.

The shop motto is, “If you can dream it, we can build it.”