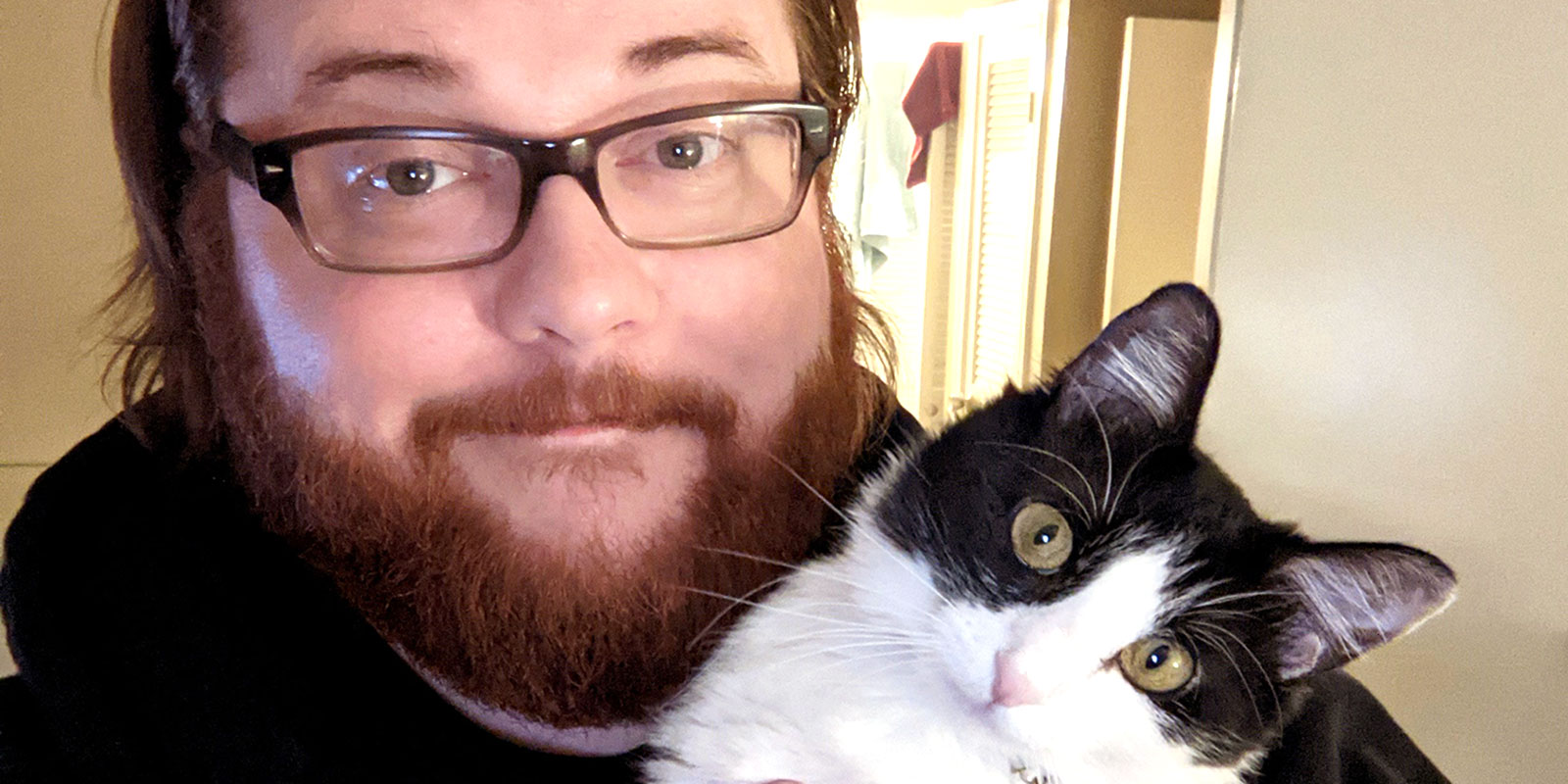 If  there has been a silver lining to 2020 and the upheaval caused by COVID-19, it’s that more people have found they have extra time on their hands to care for a pet in today’s solitary work-from-home lifestyle.

Across the country, adoptions of 4-legged companions increased significantly last year. Here’s a tale of a dog, and a cat, adopted by first-time pet owners that will have you cheering for more.

Winston Churchill, a 4-or-5-year old Pitty/Boxer mix, arrived at the Sachse Animal Shelter December 27, 2019, as a stray. He was accompanied by a beautiful blue pit bull and neither of them were claimed by their owners. The beautiful blue boy was adopted within two weeks of his arrival.

I named our remaining friend Winston Churchill because that’s who he reminded me of with his full face, front leg deformity and squatty body – and his unusual gait – as he meandered down the driveway when we walked him with a leash. Winston was an Animal Control Officer and shelter volunteer favorite, but he wasn’t getting a lot of looks from potential adopters.

January and February came and went. Winston saw other dogs come in and go out, but he just stayed here with us and enjoyed being our No. 1 buddy. March rolled in, and with it a pandemic. The shelter closed initially, and volunteer activity was discontinued until we knew what all of this virus business was going to mean for our operation. We had another older and smaller dog that was being successfully fostered so poor Winston was alone at the shelter with no human interaction before and after operating hours.

In early April, we received a phone call from a young man named Ryan Talbot, a 22-year-old who was working from home due to the pandemic. He said he was inexperienced and hadn’t had a dog of his own as a responsible adult, but he wanted to help out. He lived in an apartment in a nearby city. I told him about Winston; his size, his front leg issue, his dislike for cats, his unpredictability with other dogs, and for good measure I threw in that once a dog leaves the shelter and goes to a person’s home, there’s almost always some behaviors that emerge that we had no idea would present themselves. He was not deterred and made an appointment to come see Winston.

On April 10, 2020 Ryan came and met Winston and asked if he could foster him. Off they went together in Ryan’s small car loaded up with Winston, a very large dog bed, some dry food, some wet food, and some toys. The adventure began. We kept in close contact for those first couple of weeks and answered questions as things came up. Very soon we were receiving photos of Winston relaxing at home, enjoying the dog park and hitting the trail with his new pal. Ryan was learning a lot about Winston’s personality; he liked dog parks and he liked other dogs for the most part. He was a little bit stubborn, but he really liked people and made friends easily! Winston was getting a lot of exercise and getting fit. He was looking every part the able companion of a guy who likes to explore new paths using his AllTrails App.

In May, Winston officially became Winston Churchill Talbot. We still keep in touch with Ryan and still get to see photos of that handsome adventure dog. Ryan has purchased his first home and now Winston even has his own backyard. At this point, he’s just Winston now and looks nothing like an old Englishman who won a war.

We are grateful to Ryan and to all of the fosters and adopters who helped us out during the pandemic and who continue to support our local shelter. We are always excited when a wonderful dog like Winston or one of our beautiful cats gets a chance to be part of the family.

My family has always been a dog family. First there was Babe and Pooh Baby, the miniature schnauzers. And then Rascal, the lazy and jealous pit bull. And after I moved out and Rascal passed away, my mom got Cletus Ray, the nervous and athletic Boxer. So, when coronavirus shut down the world you would of thought that I would try to find a pup to keep me company, at least that’s how I had always seen it.

The company I work for started a strict work-from-home policy on March 9, 2020 in response to the pandemic. When I started working from home it was a big adjustment for me, and I’ll be honest, it took a long time for me to get used to it. It was cool to be able to get small chores like laundry and dishes done while I was waiting for meetings to start, but I wasn’t prepared for being alone all day every day for months on end.

Eventually, I began to feel like I was cracking up. I spent an enormous amount of time talking out loud to myself, eating non-stop, and all of my days started running together. I knew that I needed to change something.

The issue was the apartment I live in. I didn’t feel right about getting a dog before because of how much time I spent at the office, and I was concerned about not having a yard or anything for a dog to run around in. So, I started looking into getting a cat. I thought a cat would be better for my work life and smaller apartment, since they are much more independent and would be able to use a litterbox instead of having to go outside. I also thought that I would get a cat and then they would probably ignore me most of the time since that had been my experience up until that point.

When a coworker told me that a 4-month-old kitten had been dropped off at Vickery Place Animal Hospital and they needed someone to give it a home, I drove down to meet her. After a couple of supervised playdates, I decided that I would take Dottie home and that would be the start of my new life as a dude with a cat.

The first day home Dottie would not calm down. She spent the whole day running full speed through my apartment while yelling the whole time. The wreckage on that first day included one peed-on-bed, one shattered antique lamp, and one guy who was wondering if this was maybe not a great idea. But eventually she calmed down and we got to know each other.

She has since knocked two entirely full bottles of wine out of my rack. She likes to wake me up by trying to fit her entire face into my mouth while I’m sleeping. She follows me around the apartment and leaps at my legs, which I can only interpret as she thinks that under the right circumstances, she’ll be able to bring me down one day. She loves to be held and carried through the apartment like a baby, but if you stop moving, she immediately wants down.

It’s been a learning experience for both of us, but I think we are finally getting the hang of this and she is a sweet little buddy.