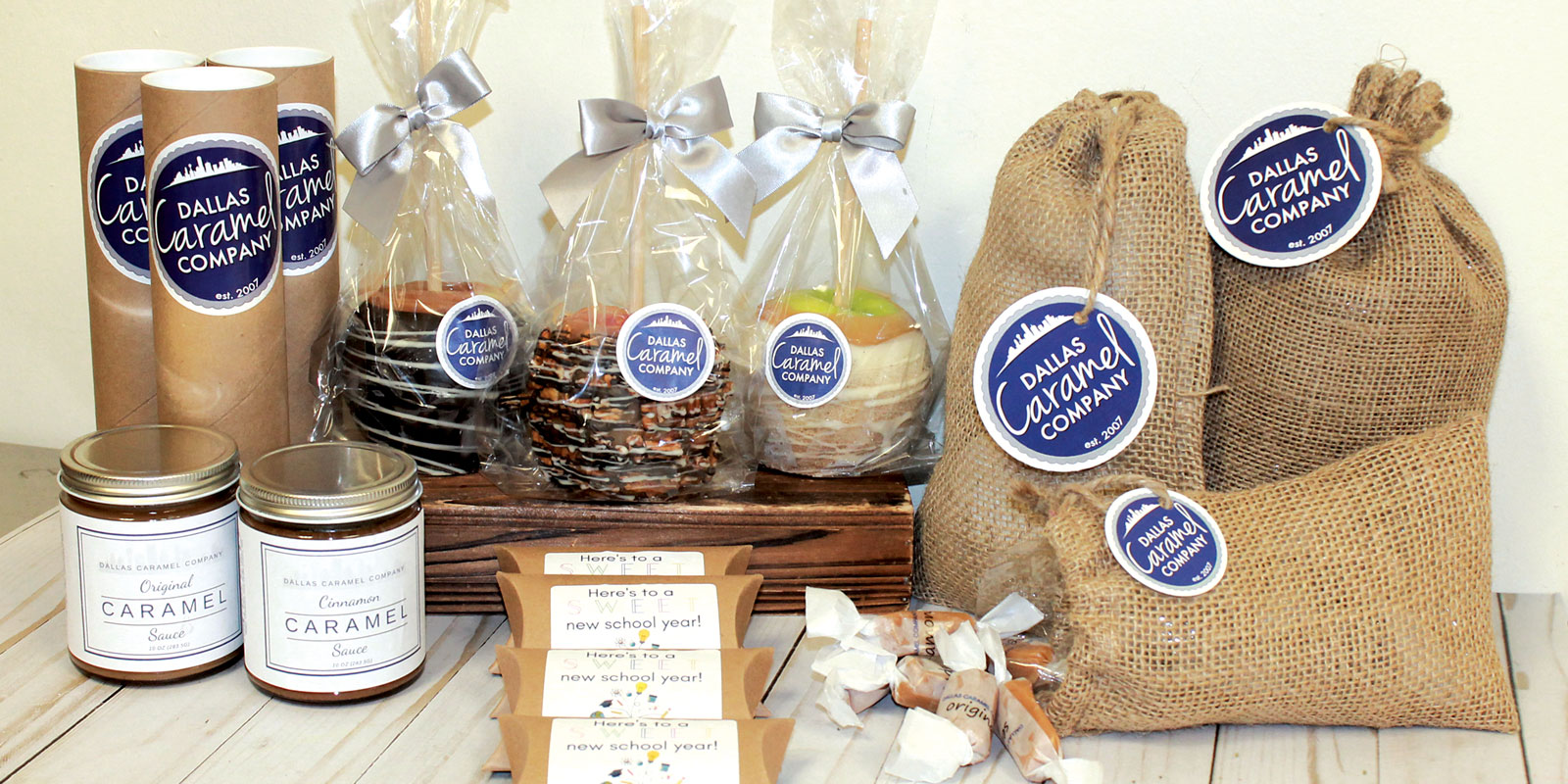 From a suggestion by her husband that she should take culinary classes, Rain McDermott of Wylie earned three culinary degrees and founded Dallas Caramel Company to create handcrafted candies shipped throughout the United States.

The word is pronounced “carmel,” the “a” in its middle remaining silent.

“As long as you buy it, I don’t care what you call it,” McDermott declared.

Even though McDermott lives in Wylie and the business is located in Wylie, the name is from the metropolitan area to the west for a couple of good reasons; Dallas is a name known around the world and its skyline, which is part of the company logo, also is highly recognizable.

The business owner reported that her talent for cooking and creating was not at all apparent when she was growing up in Plano, although she did enjoy baking cookies.

“As a kid, I couldn’t toast toast or boil water,” she declared.

Apparently, her baking skills impressed her husband, Sean, enough that he encouraged her to enroll in culinary classes. McDermott recalled that she signed up for one cooking class at El Centro College and during a break in the first 2-hour class; she rushed to the registrar’s office and enrolled for a full schedule.

“When he suggested I go to culinary school, that changed my life,” she declared.

She worked a fulltime job, a part-time job and attended school while earning culinary, pastry and food service management degrees.

“My husband supported me the whole time,” the chef said. “He saw something in me that I didn’t see.”

McDermott took a job at a bakery in Murphy and in 2007, as a baby shower host, decided to try preparing a caramel recipe that turned out to be a hit. She made caramel for family and friends for two years before deciding to concentrate on the candy. Extensive dental work at that time prompted her to create a soft caramel that does not stick to teeth or braces.

The chef secured the name Dallas Caramel Company in 2010 and held on to it while working at the Murphy bakery until it closed and she decided to strike out on her own.

After developing several caramel flavors, McDermott launched the company in 2014 at area farmer’s markets and entered Dallas Market Center in 2015. She recalled that two women visited her at a farmer’s market and quizzed her on her product, but did not buy anything. A week later, the new entrepreneur got a call to fill a $12,000 order.

As a 1-person operation at the time, she worked almost around the clock cooking caramel in pots, wrapping and tagging the treats. Shortly afterwards, she was featured in a newspaper story that listed Dallas Caramel Company as a top Christmas treat and, as a result, took 60 orders at a farmer’s market in Coppell.

“I was delivering orders on Christmas Eve,” she recalled.

With the business taking off, McDermott bought a caramel cooker that can produce six times the amount of caramel as she was able to make in stovetop pots. The caramel cooker also stirs the sweet confection. To accommodate the cooker, McDermott said she took the clothes washer and dryer out of her house so the could cook caramel, then would take the product to a commercial kitchen for hand wrapping and tagging.

Dallas Caramel Company moved into a 2,100 square foot location in Wylie in October 2015 and hired her first two employees, both of whom are still with the company. McDermott now employs 10 people, several of them working their first job. And even though it may be a first job, the business owner tries to teach them to take the initiative and make decisions.

McDermott said their Jalapeno Bacon Armadillo TxTurtles will be available for a limited time only (Oct. 10-Nov. 16). “They recently won for Best Ingredient Combination and Most Unique at the 2019 International Top Luxury Caramel Awards,” she said. “Our Lemon Meringue, Chai, and Chipotle caramels have won in years past.”

The production line wraps and tags 2,000-3,000 pieces of caramel daily most of the year and increases output anywhere from 3,000-8,000 pieces from September through December to fill holiday orders.

“Soft caramel is the genius of caramel,” she explained. “I’m after world caramel domination.”

Offerings in addition to individual, wrapped caramel include pretzels and apples dipped in caramel, Oreo cookies coated in caramel, several varieties of turtles and, of course, caramel sauce. The sauce is available in traditional caramel and each month a non-traditional flavor is offered as well.

“We cannot keep it in stock,” says McDermott.

Although there is no storefront for the business, snagging McDermott’s sweet confections is relatively simple. Individuals can order on the website and choose the local pickup option, or they can choose to have it shipped.

“If they choose the local option, we send an email and tell them when it is ready and then customers can pick it up at the warehouse,” she said.

When ordering, there are multiple choices including gift boxes and monthly subscriptions. One special purchase option called “Caramel for Soldiers” is for anyone who wants to thank soldiers. For $5, a small bag of caramels – and a personal note – will be delivered to the local USO Center at DFW Airport. The extra bonus, says McDermott, is that their caramel doesn’t melt so it is a good, sweet option for a soldier.

The confections are also sold in boutique stores, including Trendz & Traditions in Wylie, coffee shops and gift shops throughout the United States, and the company will begin shipping internationally next year. Dallas Caramel Company participates as a vendor in local festivals and special events. Every Wednesday they post the events they will be at on the following weekend on their Facebook page.

The company will host a pop-up shop at Nordstrom Galleria in Dallas on select Saturdays starting Oct. 12 throughout the end of the year.

McDermott took part in the Dallas Chocolate Festival held at The Fashion Industry Gallery in early September. The business was invited to participate a few years ago but was required to develop a chocolate caramel to be eligible. McDermott did that and also uses the opportunity to present her other flavors.

Making caramel and running a business has been physically and emotionally draining on the Dallas Caramel Company founder, and after the 2017 holiday season she considered calling it quits. What changed her mind is the couple’s Vizsla puppy named Wylie.

“My puppy saved my life by giving me a reason to not be at work 15 hours a day,” McDermott declared.

She also credits her faith in helping her through the tough times, noting that she has been a member of The Heights Church in Richardson for about 18 years.