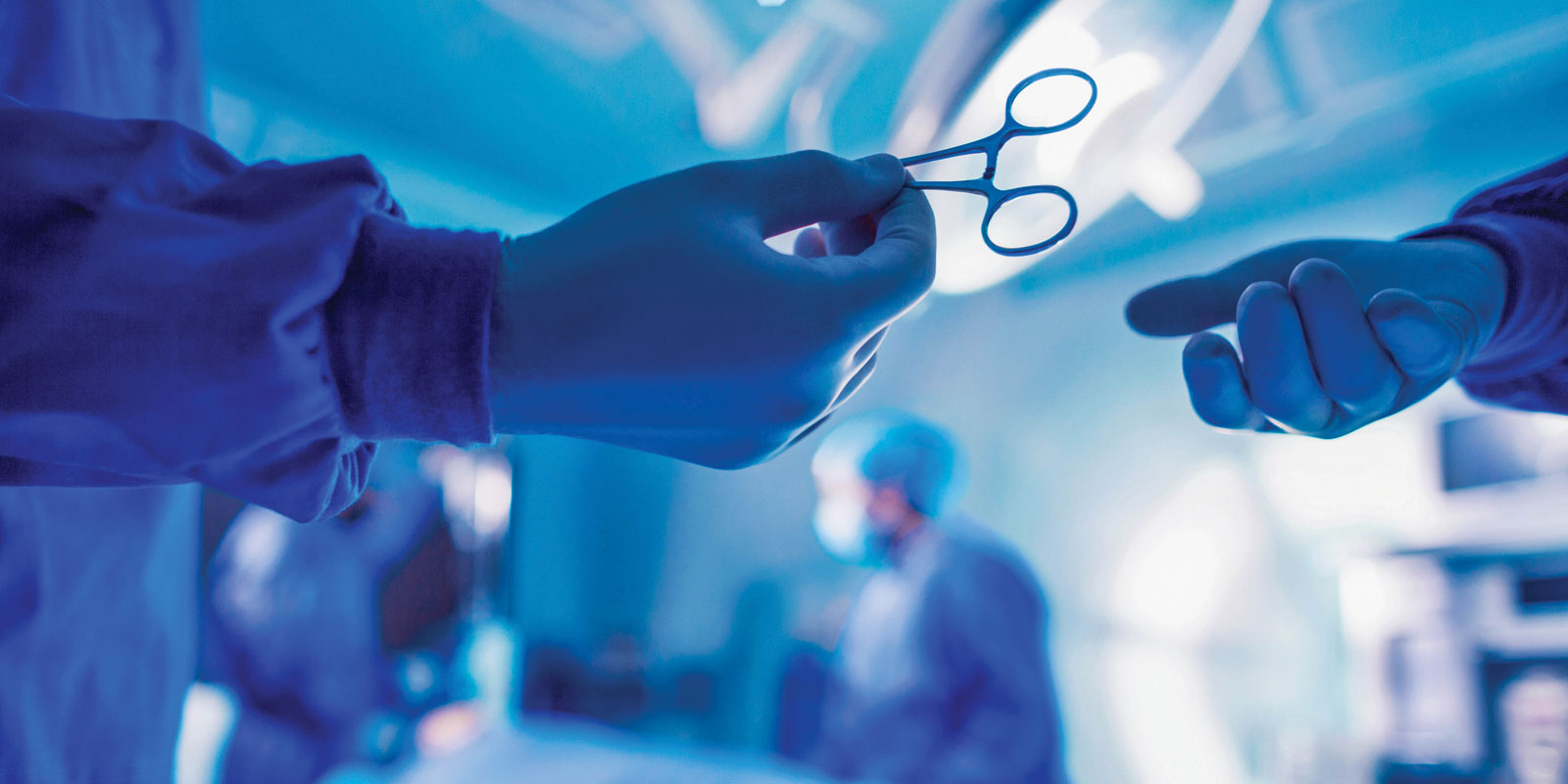 Connections. They can be logical, sequential or relational, or in the case of Gynovel Henry and Nate Hawkins, they can be life altering.

March 26, 2018 is a date many will remember. It was the day that Gynovel, Nate and 23-year-old Killian Kass’ lives became forever intertwined after Killian’s unexpected death in Alamogordo, N.M. His organ donation that day gave Gynovel, Nate and several other people a second chance.

They are considered some of the lucky ones. Twenty people die each day waiting for a transplant.

“Right now, more than 112,000 people in the United States, including 10,000 in Texas, are in need of an organ transplant.” Southwest Transplant Alliance Program Manager Marissa Walker said. “Every 10 minutes, another person is added to the waiting list.”

By the time Gynovel got Killian’s heart, his options were limited, and he had begun to lose hope. The then 48-year-old divorced father of teen sons had been on the transplant list since 2014. When medical interventions failed to work, he was classified an end-stage heart failure patient in October 2017. In January 2018 he was admitted to UT Southwestern where he waited for a new heart. Three months later, his first transplant attempt failed after spending six hours in surgery to find out the heart was no good.

More than 200,000 people die every year waiting for the perfect organ match, but thanks to Killian’s heart being a perfect match, Gynovel wasn’t one of them.

That same day Gynovel got his heart, a 15-year-old’s luck was about to change, releasing him from the grip of daily kidney dialysis.

Nate’s mom, Summer Bowling, was at MD Anderson in Houston with her husband, Allan Bowling Sr., for his cancer treatment when she received a call from his best friend of 30 years. He said, “I might have a kidney for you.”

Events were happening quickly with his son Killian and Mr. Kass wanted to turn the tragedy into a blessing. The families had vacationed together in the past and witnessed Nate’s daily battle with his kidney disease.

“At that point they were transporting their son to El Paso so his organs could be harvested,” Summer said.

Mr. Kass wanted to make a direct donation of one of his son’s kidneys to Nate, and to make that happen he needed Nate’s Social Security number and other personal identifying information.

A family friend picked up Nate to take him to Children’s Hospital in Dallas so he could be tested to see if he was a match. In the meantime,
Summer prepared her husband for a nail-biting drive back to Dallas so she could be by her son’s side.

In 2018, Gynovel’s transplant was one of 3,408 heart transplants performed.

When a patient is on the critical transplant list, things can change rapidly. Once a donor heart match is confirmed, there is a short window to make it happen.

Gynovel says his transplant happened so fast he didn’t get a chance to talk to his mother in Chicago or any other family members. His surgery started March 26 and lasted through the next day. Four days later he woke up to music, unaware how much time had passed.

“At first it didn’t go well because I’m tall,” he said.

As a 6’3” man there can be challenges, and although the heart doesn’t have to be the exact size, it should meet the parameters. Gynovel was having problems with the right side of the heart which supports the lower extremities and the process of syncing cells together was very painful.

Despite the pain and suffering, he worked hard to rehabilitate and was finally released from the hospital May 1, 2018 with blood clots and pain along with a wound vacuum.

“For me to get out of there with just a clot in the leg was a blessing,” he said.

There are several survival benchmarks for heart transplant patients; the first month, six months, first year. The survival rate for the first year is around 87 percent.

“It’s an emotional and physical journey,” he said. “If we don’t take our meds our heart can reject it.”

As for Nate, his medical journey began 5 years ago when he was just 12 years old. Summer said they were on vacation and saw Nate running one day and noticed he looked vastly different. As someone with a medical background, she knew something was wrong and took him to the nearest hospital where he was admitted.

“So, I was stuck in the hospital three days on vacation but then once we got back, I was in and out (of the hospital) every weekend,” Nate said.

Within a week, Summer said Nate gained almost 27 lbs. of fluid making weekend hospital visits a necessity for 6-8 weeks until the swelling improved.

“That was our weekend getaway,” Summer said. “Just to get back to a normal. He went to school, but his legs were so swollen it was very difficult.”

Nate was diagnosed with Focal Segmental Glomersclerosis (FSGS), an autoimmune disease where scarring (sclerosis) occurs in the kidneys and causes them not to function properly.

Typically, the disease is slow to progress. The doctors at Children’s Hospital in Dallas where he was being treated told Nate’s mom that he shouldn’t need dialysis for at least 10-15 years.

But that wasn’t the case.

“We got 14 months,” Summer said. “After that it was every night for a year and four months.”

Daily dialysis at home became routine for Nate and his family until his transplant. His life was filled with doctor visits, hospital stays, meal and activity restrictions.

Nate’s transplant surgery took just six hours. He was able to get out of bed the next day and was released the following week.

“That week out of the hospital was the best I’d ever felt,” Nate said.

Unfortunately, Nate’s good health did not last. He was re-admitted the following week and after having his new kidney biopsied they learned he still had FSDS, something Summer had been warned about. Due to his autoimmune disorder, his body attacked his new kidney. For now, regular plasmapheresis treatments, a process that removes and replaces a patient’s blood plasma, are alleviating the symptoms. Weekly doctor visits and occasional stays still are part of the routine.

“We had about a four month stretch where we didn’t have to stay in the hospital,” Summer said.

Two years post-surgery, Nate still doesn’t need dialysis, but Summer and the doctors continue to explore alternatives for him, including stem cell therapy.

He is now a junior at Achieve Academy and about to get his license. He says he has a better quality of life as he is no longer tethered to dialysis – or the restrictive diet.

“There’s not a regret in my mind,” says Summer. “We are still better than we were (before the transplant).”

“Southwest Transplant Alliance (STA) has facilitated more than 30,000 organ transplants transforming the lives of recipients and their families, but also giving donor families the opportunity to see their loved ones live on in the lives of others,” reported Walker.

After recipients reach the one-year survival mark, STA sends letters with contact information to them if the donor family wants to make a connection.

For Nate and his family, there was no element of mystery about who his donor was. Allan Sr.’s friendship with Mr. Kass for 30 years had weathered marriages, divorces, and children. Although Summer had only been married to Allan Sr. for a few years, she knew Killian.

Meanwhile, Gynovel was anxious to meet the family that gave him a second chance at life and thought about his donor everyday saying, “How was I was born in 1970 and this person was 22 or 23 years old? How did our lives cross at that moment?”

But when he received his donor letter and made the phone call, Gynovel learned he was connected to Killian in more ways than one.

“When I said I lived in Wylie – he (Mr. Kass) was shocked,” Gynovel said. “He said, ‘Wait. I was just there a few days ago for my best friend’s funeral.’”

Nate’s stepfather, Allan Sr., had lost his 3-year battle with renal carcinoma. Mr. Kass told Gynovel if he had called a few days earlier, they could have met when he was in town.

In spite of the missed opportunity, Gynovel was thrilled when he learned about Nate and reached out to Summer via Facebook.

Through phone conversations with Summer, Gynovel learned that not only did he and Nate share the same donor and home city, but there was a football connection as well.

Gynovel coached the Mighty Hurricanes in the Wylie Football League for a number of years. His son Zuri played on the team and coincidentally Summer’s stepson, Allan Jr., played for the team as well.

“Allan Sr. would help us out as a parent helper,” Gynovel said.

In an arranged reunion and interview filmed by Channel 5 at Children’s Hospital in Dallas in July 2019, the grown man and teenager who live less than 3-miles apart, finally met. The connection provided healing for Nate, said Summer, after the loss of his stepfather.

“He (Gynovel) really turned things around for my son,” Summer said. “It’s pretty cool to be part of something awesome. It was a rainbow when we needed it.”

“I understand what it’s like to be sick as a kid and miss out on things,” Gynovel said. “I went through all that.”

In time, the two hope to meet the other individuals whose lives were saved by Killian’s organs that day. But for now, they encourage others to give the gift of organ donation.

STA serves as the bridge between those who make the decision to donate their organs, eyes and/or tissues to those awaiting a lifesaving transplant.

According to the nonprofit, just one person can have an enormous impact. “A single organ donor can save up to eight lives, and tissue donation can touch the lives of 75 more.”

“I was given a second chance,” Gynovel said. “Everything I’ve been through. I’ll take all of that for one extra day.”

As a member of the volunteer program at Southwest Transplant Alliance, Gynovel, along with many other transplant recipients, shares his story to save even more lives.

“Gynovel’s lifesaving gift has had such a wide impact,” Walker said. “Not only did it give him a second chance at life, but he has used that gift to spread awareness in our community about the need for donation.”

Register to become a donor at donatelifetexas.com.