A heart for serving 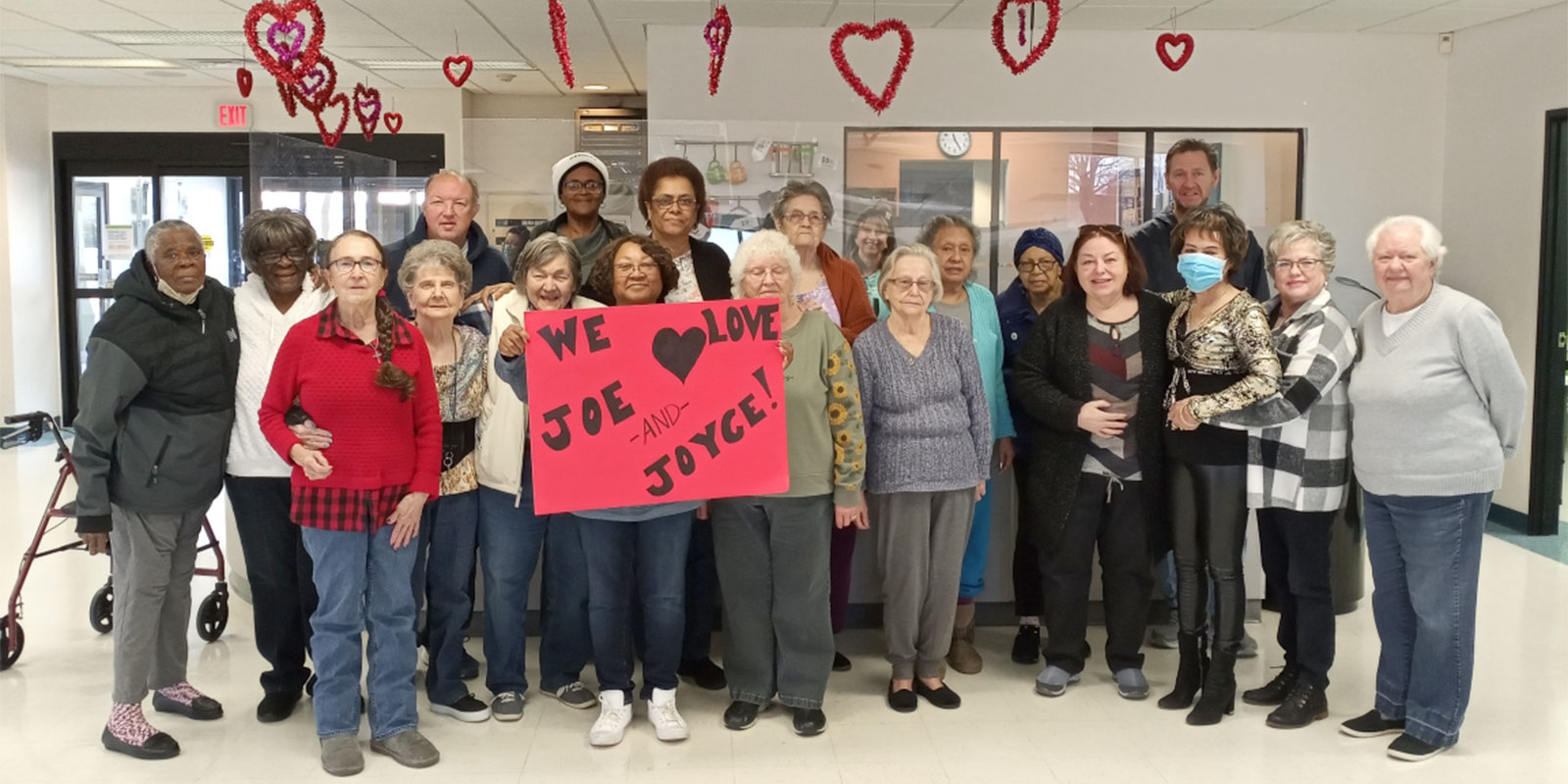 Serving others with love, compassion and dedication is something that comes naturally to Joe and Joyce McGaughey.

Three days a week, this dynamic duo — both in their late 70s — are out the door of their home by 7 a.m. working together for the benefit of Wylie’s senior citizens.

Joe drives the senior center bus, and Joyce rides along on Mondays, Wednesdays, and Fridays as they stop to pick up residents at their homes or apartments en route to the center. Joyce isn’t just a passenger though — she makes sure everybody gets seated and buckled and has their armrest down.

“They work together hand-in-hand in everything they do,” Mansions of Wylie resident and center member Gene Bush said.

Just two years after moving to Wylie to be closer to their children and grandchildren in 2005, the McGaugheys started volunteering at the Bart Peddicord Center on Oak Street, the center’s first location.

For the last 15 years, Joe has been driving the bus, and for almost as long Joyce has been teaching exercise classes at the center to help keep members moving and healthy.

Joe drives two routes in the mornings and afternoons and Joyce teaches two 80-minute exercise classes, one at 8 a.m. and one at 9:30 a.m., on “their” days. Tuesdays are reserved for mass at St. Anthony’s Catholic Church, then Mahjong for Joyce at the center and errands for Joe. Thursdays are their day off most weeks, she said, unless the center has a trip planned, “then Joe drives for that.”

Once they arrive at the center, located on Thomas Street since 2014, Joe helps set up chairs in the main area while Joyce prepares the exercise room for her first class. She sets up chairs, safely spacing them out so members can work out to a routine comprised of cardio, balance, bands, breathing and stretching exercises.

Not only do center members and staff gush about Joy’s kindness and caring attitude about everyone, but she also has a dedicated class following, which she says is “what keeps me going.”

“They want this class,” she added. “They want to be able to move and breathe on their own.”

As class begins, Joyce reminds everyone to “grab your chairs, your bands and your weights.”

“I work them from their head to their toes,” she said. “I tell them there’s no part of your body that’s not important.”

While there are currently only 6-10 people in her 8 a.m. class, Joyce jokes that “seniors don’t like to get up early.”

The 9:30 a.m. class, however, is usually packed with 20-25 people, including Joe, who takes his spot in the back row when he returns from his second bus route.

“George (another back row participant) keeps an eye on everybody,” Joyce said. “Nobody gets away with slacking.”

Joyce, who has a hereditary eye disease that affects her sight, said she tells her husband, “I might not be able to see your face, but I can see your motions so don’t try to pull anything over on me.”

Helen Berliner, a center member and class participant for the last decade, thinks Joyce is “the most wonderful person.”

“She doesn’t let her eyesight stop her,” Berliner said. “She cares so much about each of us individually.”

Mary Washington, a 9:30 a.m. class participant, said that “the exercise has helped quite a bit” with her mobility issues.

“That’s what make it all worthwhile,” Joyce said. “The ones who come up and tell me how much I’ve helped them keep moving. That’s the motivation for this class.”

Joyce told the story of a man who came to class totally dependent on the use of his walker.

“Before the pandemic, I got him where he could stand up by himself 25 times,” she said. “And although he still had his walker, he could walk.”

When classes resumed following the pandemic shutdown, Joyce said the man had “lost everything” he had gained in her class.

“That hurts to see him go backwards,” she remarked.

When the senior center shut down in March 2020, Joyce moved her faithful followers to outdoor exercise classes in a nearby park from June until December. Then, in the spring when it warmed up, Joyce said she and Joe moved classes to their backyard “which has plenty of concrete” for those who could drive to their home until the center fully reopened in July.

After the reopening, Joyce said she had “so many people” who wanted to take her class, that for a while, she was teaching three classes three days a week to accommodate and keep everyone safe. Once she was moved to a larger room, she was able to cut out one class.

Day in and day out, the McGaugheys — who will celebrate 60 years of marriage in March — inspire others with their random acts of kindness.

Joe is an avid recycler who collects cans at the center and his church all year long to sell to earn money for charitable projects. At Christmas, the couple adopts two families through the school district.

“We collect the (can) tabs for the Ronald McDonald house,” Joyce said. “And the cans we sell, we use the money for the adoptive families at Christmas.”

Senior center members also help with the project, which has since grown over the years to include gifts for all members of the families they adopt.

“People love to help,” Joyce said. “That’s why it is a success.”

Joyce has no qualms about the fact that center staff and members adore Joe as well. When he’s not driving, he can often be found at the Farkle table keeping score until afternoon bus service begins.

“The people love him – they really do,” Joyce said. “He’s always joking and teasing with them and making them feel good.”

Senior center staff not only applaud his driving ability and excellent sense of direction, but his sense of humor as well.

Berliner spoke about the Thursday day trips and how well Joe takes care of them.

“Joe doesn’t like fuss but he’s also one who likes to take care of people,” she said. “I don’t know how to say it, but he’s like a father to all of us even though many of us are older than him.”

Joyce said she and Joe truly care about everyone and have made many friends at the center throughout the years.

Filed Under: Latest, Local
Food for the soul
Fall in love on Amelia Island
Searching is in progress