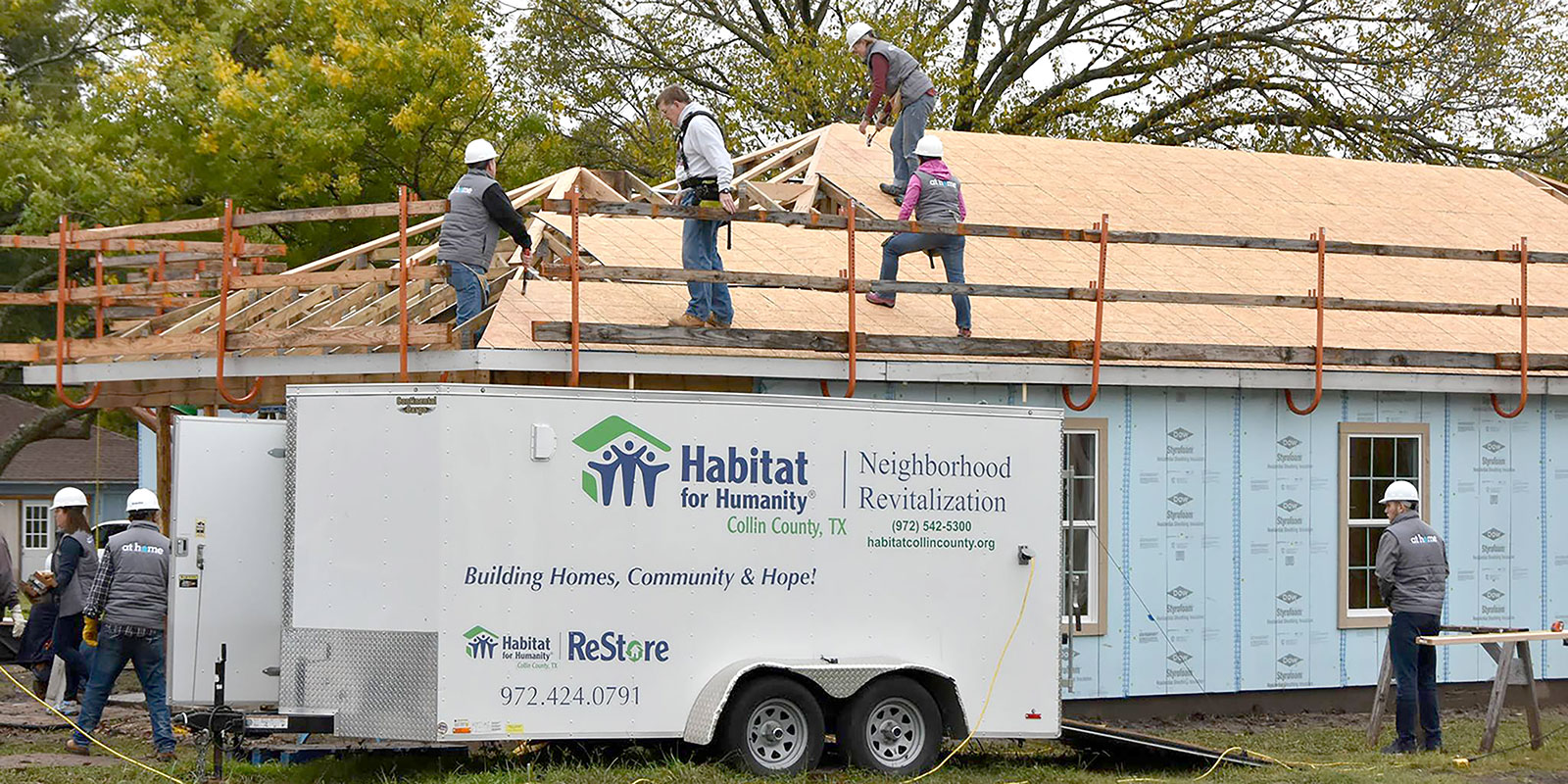 Bringing people together to build homes, communities and hope

Christmas 2020 will be a new experience this year for six Collin County families – three in Wylie, one in Plano and two in McKinney – who moved into new homes thanks to Habitat for Humanity of Collin County.

Laura Manning and her two children, Emily, 9, and Aidan, 10, are one of those families. After moving from apartment to apartment throughout the Metroplex every 1-2 years because of rent increases, Manning is happy to put down roots in Wylie, and her children are thrilled to have their own bedrooms and a yard for a future puppy.

The single mother, who is also an Army veteran, was officially given the keys to her “like-new” four-bedroom home Saturday, Nov. 7. While there are a few different avenues to owning a Habitat home, Manning was able to acquire a 2-year-old recycled Habitat house that a larger family gave back to the nonprofit due to relocating. The home is located on Second Street and has a large front and back yard and the blue house with white trim and a red door, coordinates perfectly with the American flag that’s anchored to the porch.

“It was like perfect timing and everything,” Manning said of the opportunity to acquire this particular Habitat home.

The journey to this point has not been an easy one. As a full-time student, rising rents and a low paying job forced her, she said, to seek shelter one and a half years ago from Samaritan Inn, a nonprofit that houses homeless in McKinney. Living at the Inn allowed her to focus on completing her college degree and work, without the stress of wondering how she would make ends meet.

“It’s a dream come true,” Manning said of her new home. “Knowing the prices of 2-bedroom apartments, as a single parent of two kids, I could barely afford an apartment.”

Habitat Collin County “is part of a global, nonprofit housing organization operated on Christian principles,” and since 1992 they have been putting “God’s love into action by building homes and communities,” according habitatcollincounty.org.

Despite rising rent and real estate prices over the years, many families have been able to realize the dream of home ownership thanks to requirements set in place by HCC, as well as volunteers and most importantly, the generous donations of individuals, congregations, businesses and foundations.

“Wells Fargo has made a lot of the builds possible,” said Brandon Washington, marketing specialist for HCC. “They’ve been a good supporter of the Habitat mission.”

The majority of Habitat homes in the county have been built in McKinney and Plano with 100 and 77 homes respectively, though Wylie is third with 28 homes. In Princeton, five lots were donated to HCC by Princeton ISD.

Wylie has welcomed Habitat with open arms and forged an ongoing partnership with the affiliate. Celeste Cox, CEO and president of HCC, says they have served 102 individuals with affordable housing in 28 new homes in the city. Although most Habitat homes are single family homes, Wylie is home to a duplex built in 2016 at 320 S. Cottonbelt Ave.

The duplexes were the first ever constructed by Habitat in Collin County.

Aside from building houses and townhomes, HCC also participates in a Neighborhood Revitalization Program to do home repair projects, part of a nationwide effort through Habitat for Humanity to help low-income homeowners maintain the exterior of their homes.

This year, HCC went above and beyond to assist a McKinney family with making their home more wheelchair friendly for Mason McKeevers, who is wheelchair bound with Spina Bifida. Ultimately, the build team decided to build a room and bathroom addition for Mason which was designed as Batman’s bat cave. Now his room has plenty of space for all of his medical equipment. “It’s made a huge difference in our lives,” said his mom Jessica McKeever.

The nonprofit is hosting an Open House December 2 from 9 a.m. to 7:30 p.m. so residents can view the model prototype that is now complete.

“It’s a new process of building,” Cox said. “We’ve had to learn and train.”

Families will live in 35 townhomes built on a 2.75-acre strip of land. It will feature a ½ acre playground and a 2,600-sq. ft.  amenity center. Cox said the first four families have been selected and the application process will open again in January or February.

Homeownership is possible for many families provided they put in the effort and hard work.

“We are not giving people homes, we are providing an opportunity to pick themselves up,” Washington said.

If selected, the process typically takes 12-18 months depending on the financial situation.

“Just because you want something now,” Manning said. “The process teaches (you) patience, being able to rely on others, helping others, and then you will get to your goal.”

If families are living at 30 to 60% of area median income, have lived or worked in Collin County for one year or more, and are a U.S. citizen or are a permanent legal resident, they can apply for a home.

After submitting an application and passing a sex offender criminal background check and credit check, HCC invites individuals to attend a Family Seminar to learn more about the program and steps involved in the process. While selection is based on several factors, two primary ones include a willingness to put 300 to 500 hours of sweat equity labor toward the home and the ability to repay the loan.

The average price of a lot is $40,000 to $50,000 and each home’s appraised value is generally around $120,000. Funding for lots varies from donations to Community Development Block Grants.

The nonprofit employs house leaders as part of their full-time construction staff who oversee each build site.

“They work closely with the home buyer, volunteers, and sponsors to ensure that homes are built safely and efficiently and that everyone involved enjoys the sense of accomplishment and community participation our mission encourages,” states HCC.

Families earn sweat equity by building their home, working in the Habitat ReStore in Plano or McKinney and helping with other HCC builds.

In Manning’s case, since she was able to acquire a recycled Habitat home, she put in her sweat equity at houses being built in Celina, McKinney, Wylie, and at the ReStore.

“She always kept a really positive attitude throughout the whole COVID thing,” Washington said. “She was putting in the work. It was really satisfying to watch.”

Now after her own personal experience with HCC, Manning is a believer in the program.

“Habitat is such an important vocation and program because they help people who had a rough time, not necessarily because of something they did, but because of
life.”

Filed Under: Champions, Latest
Light the night
Picked to be popular: Renovation trends for 2021 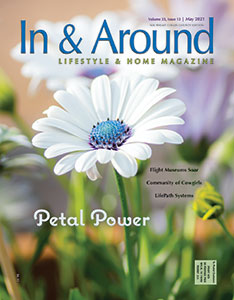