The truth about roads 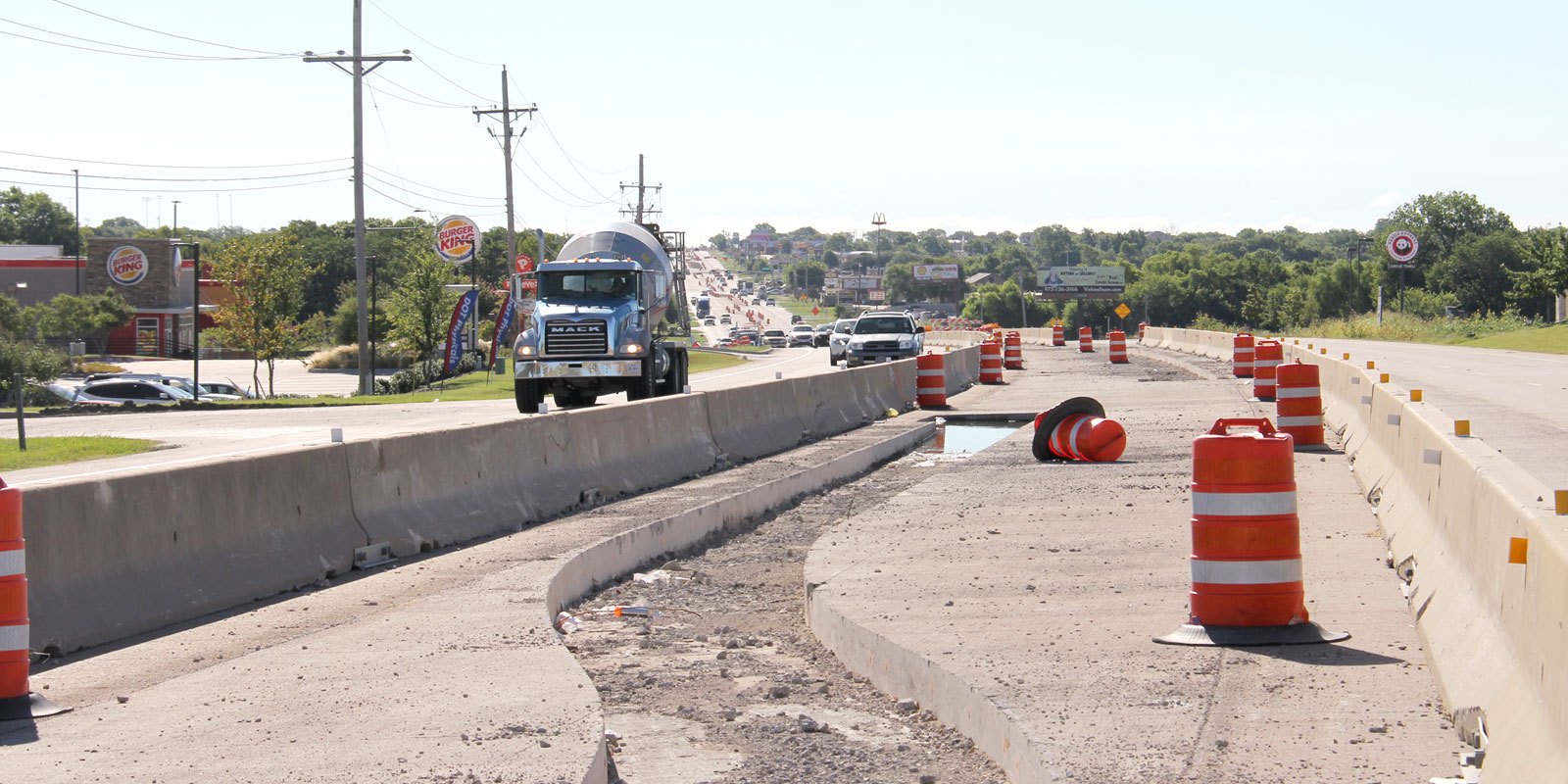 Roads are the topic of discussion on social media, restaurants, downtown events and even at the local Dairy Queen.

How roads are funded, who is responsible for costs associated with byways and how road repairs are prioritized can be a confusing subject.

In the eastern Collin County area, roads are typically broken down into three areas: state, which falls under the Texas Department of Transportation (TxDOT), county and city.

School districts seldomly have anything to do with roadway repairs or funding.

They do not maintain city or county roads, according to information provided by TxDOT Northeast Texas Communications Director Tony Hartzel.

TxDOT’s primary sources of funding are state and federal gas taxes, which together are 38.4 cents per gallon. Funds also come from registration fees.

“We do receive some funding from local governments in the form of cost-sharing for projects,” Hartzel said.

How much money could possibly be received by fuel taxes? In 2018, the state transportation department received $3.7 billion from the motor fuel tax. This distribution was broken into $904.2 million for public schools, $170 million for refunds, collection expenses and others and $2.6 million for the state highway fund.

Proposition 7, which passed in 2015, is to construct, maintain, or acquire rights-of-way for public roadways other than toll roads; or repay the principal and interest on general obligation bonds.

“When you continue to look at how many people are moving here, an estimated 1,500 people a day, transportation improvements are vital,” TxDOT Public Information Officer Michelle Raglon said.

In order to determine what roads need improvement TxDOT relies heavily on relationships with local municipalities.

“A local city manager will reach out and say ‘we have a problem, could TxDOT take a look at this road?’” Raglon said.

This is exactly what happened with the Hwy. 380 project but improvements are not instantaneous. TxDOT has conducted a feasibility study, which typically takes anywhere from two to four years, and they have received 18,000 comments.

“There is no public transportation in this county,” Raglon said, which makes TxDOT’s role even more important.

“Collin County officials are very involved. Most cities and counties have thoroughfare plans and go to Austin to make a plea for that area,” Raglon said.

County roads are another aspect of byways in Collin County.

In 2004, the county launched a program to pave all dirt and rock county roads. Since then 400 miles have been paved, with less than 50 miles left to go.

One large component of these projects is voluntary easements from landowners on both sides of the road.

Many county roads are termed “mutual boundary roads” meaning the county shares maintenance with a city or town.

In Farmersville, Old Josephine Road is one such road. If improvements were made to the road, an agreement must be made between the city and county and the city will be responsible for a portion of the costs.

Collin County Commissioners must give their approval for county road projects.

Last year, the county’s budget for the road and bridge fund was $24.3 million.

The county has a crew solely responsible for patching potholes. Once a pothole has been found it is filled with hot mix asphalt concrete in warm, dry conditions, then compacted using a smooth wheel roller.

In Farmersville, city roads present a whole new set of challenges due to a limited budget.

Roads are prioritized by City Manager Ben White and city council based on how bad the road is, combined with the number of complaints received.

Each year, the allocated street budget is enough to fix minor repairs like potholes.This year, the city is focusing its efforts on improving Hamilton Street, Rike Street and the second phase of Farmersville Parkway, which wraps around the Collin College property.

A bond in the amount of $1,755,000 was issued to match a grant with Collin County to build the section around the Collin College.

In each instance the roads are being paid for by an alternative method: Hamilton Street is from the city’s 2013 street bond, Rike Street is through a match on a USDA grant and Farmersville Parkway is being paid for by the Tax Increment Reinvestment Zone (TIRZ).

“We can’t do all streets at one time,” White said. “If someone would give me $50 to $60 million I would be happy to fix all the roads in the town.”

These bonds were taken out for street improvements, including drainage, traffic signs, land rights of way acquisitions and water and sewer improvements.

White has been hard at work in talks with the North Central Texas Council of Governments (NCTCOG) to get assistance on the remainder of Farmersville Parkway from the intersection up to Hwy. 78 and a portion of Hwy. 78 north from Hwy. 380 to McKinney Street. This roadway would be a four-lane divided thoroughfare.

Additional potential improvements are interconnects along Hwy. 380 funded by the TIRZ board. White says they have been very honest about helping with the roads.

The city’s street budget is extremely limited, the city manager explained, due to the need for additional revenue.

“We are on the cusp of growth but we just aren’t there yet,” he said. “It has got to get to the point where we can do one street every year.”

In last year’s budget, the city had $238,461 set aside for road improvements. This amount basically takes care of maintenance repairs, White explained.

To determine which roads need the most work, the city manager sends out public works employees to ‘grade’ each road throughout the city using a present service ability rating.

The city utilizes certificates of obligation (CO), a debt mechanism, to fund street repairs. The capital improvement fund, which takes roadway impact fees and allows street improvements is another mechanism that the city can use for street funding.

The roadways must be listed on the city’s capital improvement plan and add capacity for growth in order for roadway impact fees to be utilized.

North Beauchamp Boulevard is an example of one such road at a cost of $7.7 million.

One large project currently under design is Second Street. The project is being funded with a CO around $3 million. The city is working toward receiving a Safer Route to School grant to assist with the project. The roadway will have sidewalk and a bike lane, Borg said.

For Monte Carlo, two lanes will be open by the start of school and the rest will be finished around November.

Improvements to CR 400 will be complete in approximately 6 months. Look for updates on the city’s web-
site.

Filed Under: Latest, Local
Prehistoric discovery
Profit for a purpose