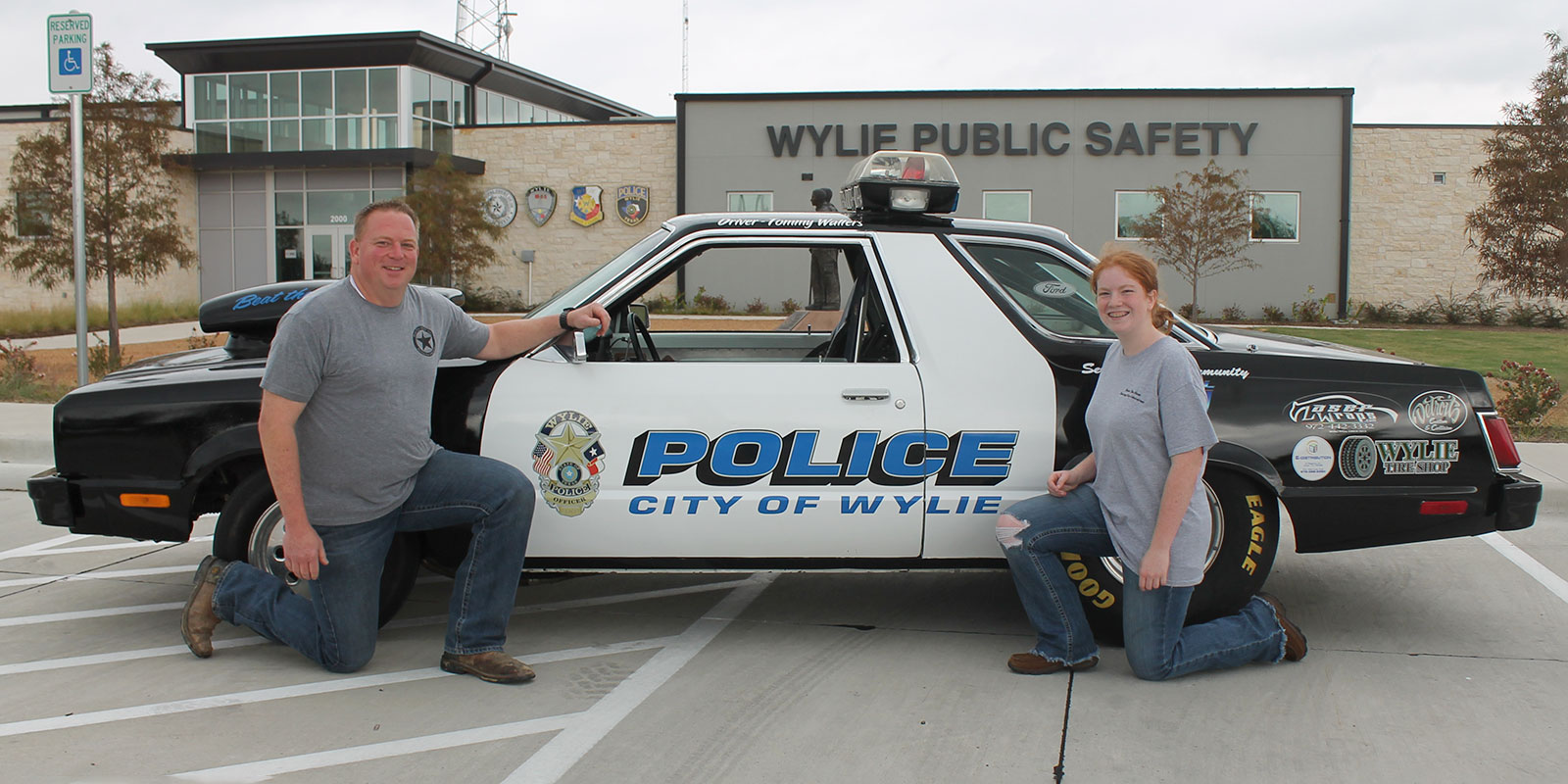 Wylie’s assistant police chief encourages others to ‘Beat the Heat’

Generally, one would associate fast cars and the police with speeding tickets, but a national organization, Beat the Heat, Inc., matches race cars with an educational outreach effort.

The nonprofit organization is made up of first responders who line up against each other to drag race; but only at official racetracks.

Beat the Heat was founded in 1992 to highlight the dangers of street racing and drunk driving. Areas of focus added since then are distracted driving, community relations and youth education.

The nonprofit functions under the slogan “Racing for Education.”

An area active member and racer is Wylie Assistant Police Chief Tommy Walters who campaigns in a 1998 Ford Fairmont Futura given to him by father-in-law Mike Carroll, a retired The Colony police captain who had raced the car since 2003.

The car took the BTH World Championship title in 2019.

“He was the inspiration and [the person] who got me involved in the organization,” Walters said.

While the assistant police chief has been a member of BTH for about five years, he said he took ownership of Carroll’s car “less than two years ago.”

“I’ve always been into cars,” he said. “This combines the two passions of law enforcement and cars.”

Walters is a 22-year veteran of WPD and was promoted to assistant chief in October 2019.

A requirement of the organization is that the racecars must represent a police or fire department. Earlier this year,
Walters had the Fairmont wrapped in black and white to mirror the livery of a WPD patrol unit.

Each car also must be outfitted with a roof-mounted light bar, and the red and blue emergency lights are activated for nighttime racing.

“You must have working lights and police or fire markings,” Walters said. “We want that connection.”

For the gearheads, the Fairmont Futura is built on the same chassis as a Fox body Mustang. It has a race-prepped 351 cubic inch motor, bored to 405 cubic inches, and puts out 500 horsepower to the rear wheels. Power is transferred to the drive train through a 2-speed Powerglide transmission.

The car is naturally aspirated, meaning the motor is not boosted through a supercharger or nitrous oxide injections, and the interior is stripped except for two racing seats and the controls.

“It’s a lightweight car with a lot of motor,” Walters said. “The car is so well built that it puts all the power to the ground.”

Most BTH drag racing is on 1/8-mile tracks, partly to save some of the wear and tear associated with a longer ¼-mile race. The WPD officer noted that the drag cars are funded by individuals and it is in their best interest to keep costs down when possible.

The racecar turns in times in the low 7-second range, reaching a speed of 100 mph in that short distance. It will run in the mid 10-second range over a ¼-mile track.

BTH racing features two classes, Mod Cop for cars like Walter’s and Pro Cop for faster cars. Racing is by brackets in which drivers dial in an estimated time for their pass and try to hit that time. Going faster than the dialed in time will result in a loss.

In winning the world championship title at Ardmore, OK, in 2019, the Fairmont Futura faced off in the final race against a Pro Cop car. Because of the differences in setup and speed, the cars started at a staggered interval and the first across the finish line without exceeding the dialed in time was the winner.

“The race is won in the first 60 feet,” Walters said. “The car is built right, it’s reliable and it does what we want it to do.”

BTH cars are raced at tracks in the Dallas area, as well as Ardmore and other locations. In late October, Walters raced in an event set in Gilliam, LA. At events not sanctioned by BTH, the officers often line up against drivers that are not members of the organization, sometimes younger drivers who choose to race on a track instead of illegally on city streets.

The WPD officer does most of the mechanic work on the racecar himself, aided by 15-year-old daughter Hannah, a freshman student at Wylie High School. Walter’s wife, Rachel, is also an integral part of the team.

“We’ve turned almost every bolt in it,” he says of maintaining the racer.

As much fun as it is to race the car, the underlying purpose of the race league is to educate young drivers of hazards and to make them more aware when they are behind the wheel. The cars serve as conversation starters.

At events, Rachel and Hannah will set up a table with driving safety information and swag. They also will set up an information table at drag strips and visit with young drivers that stop by to view the car after seeing it in action.

“The programs are limited by the imagination, time, and motivation of the drivers, as long as they fall into the goals of educating people about the dangers of street racing, distracted driving, and intoxicated driving,” Walters said.

BTH has attracted teams from throughout the United States and from Canada and Puerto Rico. The season finale World Championship will be held in a different location each year. The 2021 event was in August at Indianapolis, Ind.

Walters reported that there are about 100 actively competing in the organization.

“There are very active chapters in other areas of the country such as Oklahoma and Illinois,” he said. “We have recently started a Streetcar class in order to get more members.”

Pony cars, Mustangs, Camaros and Firebirds, make up a good number of the race vehicles, but there are also some special rides. Colorado Department of Public Safety campaigns a 1958 Chevrolet Corvette, Oklahoma Highway Patrol races a 1957 Chevrolet Bel Air and a Chevrolet S-10 pickup also gets in on the action.

“There is a lot of camaraderie,” the WPD officer says of the mix of first responders, but he added, “There is no love on that eighth mile.”

Walters is currently the only driver of the WPD-marked racecar, but Hannah is waiting for her time behind the wheel. However, she must get a driver’s license first and then become a police officer, firefighter or emergency medical technician.

“I would like to be a police officer, or I would like to have a bakery,” the WHS freshman said. She still has a few years to make that career decision.

The racecars are the lure to present the safety message that, hopefully, will save the life of a driver.

“You never know what you’ve prevented in this business,” Walters said. “If we’ve prevented anything, it’s worth it.”

Goals of Beat the Heat, Inc.

• To educate the young people of our communities about the problems of illegal drug and alcohol use and the horrors of impaired and distracted driving,

• To encourage young people to stay in school and be an achiever in life,

•  To promote a better understanding between the police and the communities they serve and,

•  To educate the general public about the sport of drag racing and encourage everyone to race on the dragstrip not in the street. 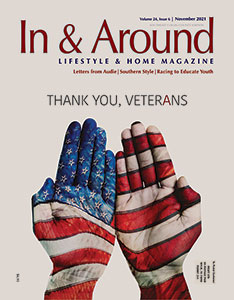