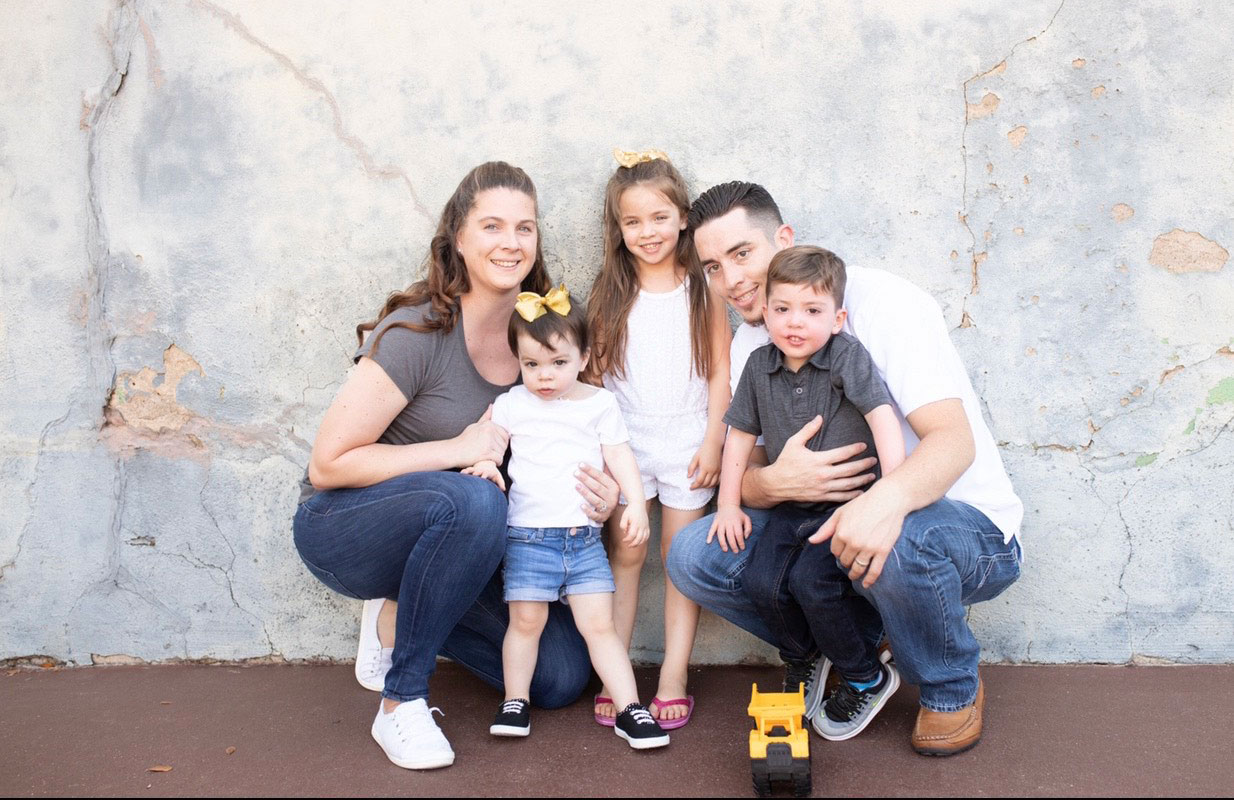 Beckett Burge is a superhero. On some days the 4-year-old will don a cape, but most days his winning smile, along with an arsenal of medication and family support, is his superpower against the enemy.

The enemy is a disease that does not discriminate. Young, old, and all ages in between, cancer is tough, and the side effects of treatment can be brutal.

Beckett has been waging a war against the disease since April 25, 2018 when he was diagnosed with Acute Lymphoblastic Leukemia at just 2 ½ years old.

“The diagnosis came as a complete surprise,” mom Kaitlin Burge wrote on her Beckett Strong Facebook page. “I received a call from Beckett’s teacher that he was running a fever and just didn’t look well.”

She detailed the experience which began with a visit to an after-hours ER. It resulted in a diagnosis of swimmer’s ear for Beckett, but she wasn’t comfortable with that. Kaitlin made plans to take him to the family pediatrician the next morning. He confirmed Beckett’s ear infection, but that night, Beckett’s fever spiked at 104 degrees. The following day the pediatrician sent Beckett to the ER at Children’s Medical Center in Plano for testing. X-rays confirmed pneumonia and respiratory failure, but blood work indicated even more going on.

The ER doctor asked the pediatrician to call Kaitlin to explain the results.

“He said Beckett’s white blood cell count was 150,000 and he had cancer. He explained in detail the different forms of cancer he could have and explained the process. He told us we were going to be transferred down to Dallas where he would spend a little time.”

The Burges’ world as they knew it changed in an instant.

Beckett spent the next 35 days in isolation as Kaitlin and husband Matt enlisted the aid of family members to help with their two daughters, Aubrey, 4, and Chandler, just 6 months old at the time.

The prognosis was bleak for Beckett. The doctors told Kaitlin and Matt the goal for kids battling leukemia is to get them in remission.

“Boys have a longer protocol,” she said. “He is very high risk.”

Prior to Beckett’s diagnosis, the family had moved from Plano to Frisco.

“It was the hardest year being far from family, but we didn’t have the money to get out of our lease, so we had to ride it out until March of this year (2019) when we moved to Princeton,” Kaitlin said. “This was a halfway point between my mom, my brother and my dad.”

Her mom lives in Plano, her dad is in Rockwall and her brother is in Wylie.

“We are also within the hour mark of Children’s Plano,” she said.

Chandler was in daycare at the time, so Kaitlin made the painful decision to have her brother take care of her during the week.

A simple cold could, and still can, hospitalize Beckett, and with Chandler in daycare, her brother’s help enabled the Burges to focus on Beckett’s care by keeping him as healthy as possible. Her parents often help with Aubrey or Beckett depending on the need.

“Everyone has stepped up and helped in ways I never thought I would need,” Kaitlin said.

Two weeks after Beckett’s diagnosis Kaitlin learned she had to find a way to keep friends and family updated on his condition. She began writing a Facebook blog called Beckett Strong chronicling his journey.

Beckett now has a tribe of supporters. Some 49,610 Facebook users follow his mother’s posts. Kaitlin’s posts are honest and emotional, a journal of sorts, as she shares Beckett’s battle, and the family’s struggles, with childhood cancer. The ugly side of the disease is evident as she details every procedure, medication and side effect including lumbar punctures, bone marrow biopsies, chemotherapy drugs, port surgeries, steroid episodes, weakness, vomiting, skin issues, and as of February 16, his undiagnosed stomach and leg pain.

The photos accompanying the posts are a digital album of his life. Beckett’s bright smile while taking toxic chemotherapy. Him playing guitar. The sibling’s playing. Beckett learning to walk …again. Beckett losing his hair again….

In September 2019, in honor of Pediatric Cancer Awareness Month, Kaitlin posted a compelling black and white photo of Beckett bent over the toilet while Aubrey stood beside him comforting him.

“She (Aubrey) spent a fair amount of time, by his side in the bathroom, while he got sick,” she wrote. “She stuck by him. She supported him and she took care of him, regardless of the situation. To this day, they are closer. She always takes care of him. Standing by her brother’s side and rubbing his back while he gets sick. Going from 30 lbs. to 20 lbs. This is childhood cancer. Take it or leave it.”

That post caught national media attention – and hopefully the attention of major companies – as Kaitlin shared the inequities of childhood cancers awareness versus breast cancer.

“1 in 285 children from birth to 18 years old are diagnosed with cancer. 1 in 4 elementary schools have a child with cancer. My child is the one in both those classes,” she wrote.

Extending gestures of kindness to a family with a critically ill child can mean the world of difference. Beckett Strong followers have generously gifted items including hats, blankets, clothes, toys, cleaning supplies, food, and more.

One medication with severe side effects is steroids. When Beckett is on them, his behavior changes and he craves certain foods. One time he asked his mother for 96 grilled cheese sandwiches. When Keva Childress, owner of the Princeton McDonalds, saw a post about Beckett, she knew she had to do something. She immediately offered to feed him for a year. Since then, the Burge family and the McDonald’s team have become very close and see each other frequently.

“They now consider him part of their McFamily,” Kaitlin said.

Germ warfare is waged every day to keep Beckett healthy. Public play places are avoided and that affects the whole family. In early December, Childress and her staff hosted a private party for Beckett so he could play on the brand-new playground equipment before it was used by other children.

“Tonight, he went and played,” wrote Kaitlin. “On a playground. For the first time in who knows how long.”

Beckett’s everyday superheroes include police and fire personnel. He has been the guest of honor at the Plano and Frisco fire stations, and in November, the Garland Police Department welcomed Beckett. He was sworn in by the Chief of Police, received a real badge, a personalized SWAT helmet, patches, got to ride in the SWAT truck and train with members of the SWAT team.

“He loves those guys and they were just amazing with him,” Kaitlin said. “The day he got to go ride out with those guys was one he will remember forever. Every day, he asks when he gets to go see them again.”

When he is able, Beckett attends Pre-K at Smith Elementary. Unfortunately, he misses a lot of schooling due to his steroids and chemo, and if any child is sick in his class, he has to stay home. This is a routine that will continue until August 8, 2021, when his treatment ends, and he enters the first grade.

February 4th was World Cancer Day. Kaitlin posted a picture of Beckett from April 25, 2018. She wrote, “This is the rash that started everything, and this is where our battle began.”

Filed Under: Latest, Local
Take the hassle out of watering container gardens
Explore Nature in Oregon