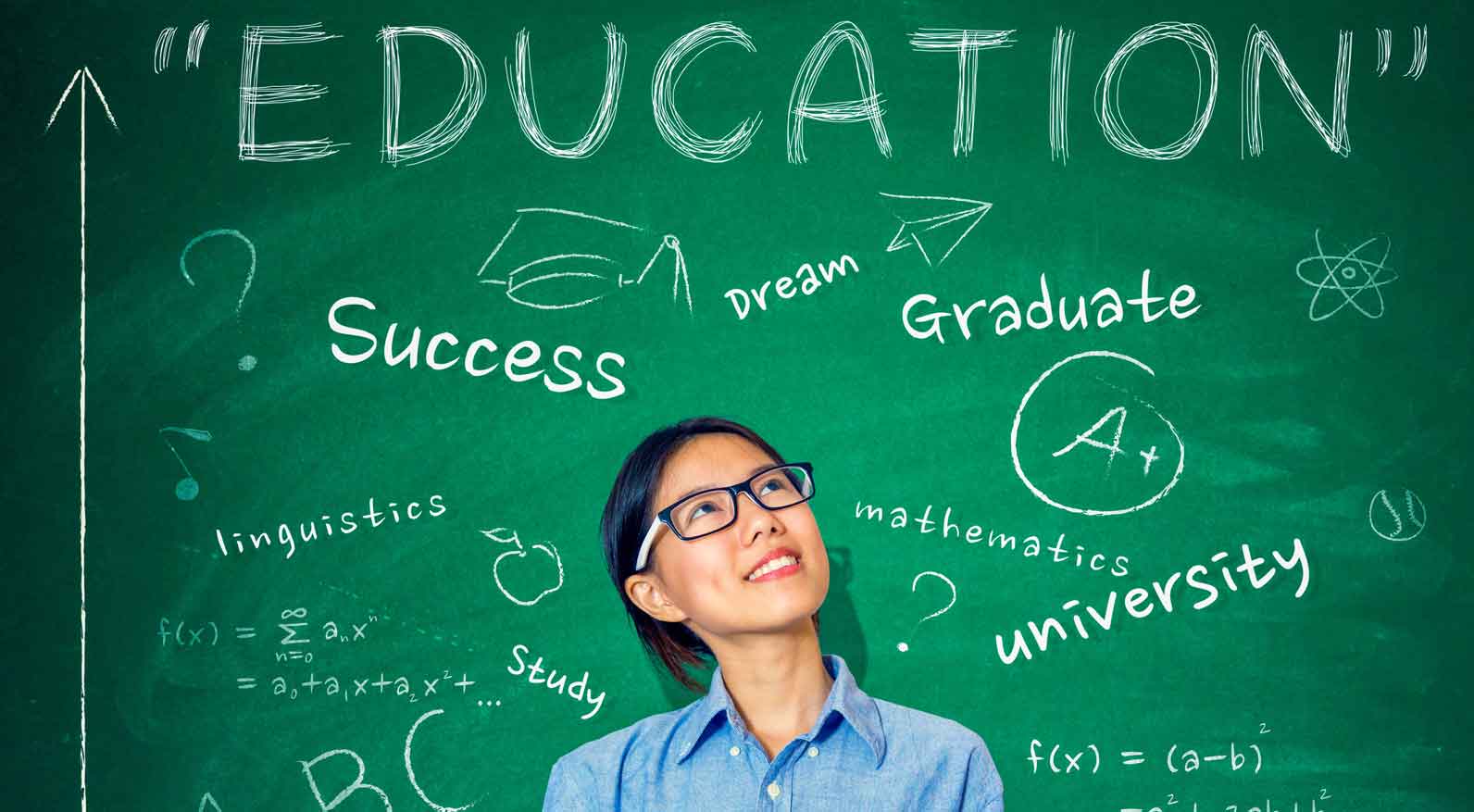 Inspiring Young Minds one student at a time

For many of us, high school was a time of feeling consumed by teenage crushes and wondering what kind of car we would get when we finally earned our licenses. If we had the insight to care about our classes at all, the focus likely started and stopped with getting grades good enough to earn a spot at our desired college, or maybe just to graduate. But for a few particularly bright and equally considerate students at Plano Senior High School, it wasn’t enough to succeed at school; they wanted to help others do the same. So while they were still sophomores in high school, they came up with an idea of peer-to-peer tutoring, which they dubbed The Outreach Movement. Thanks to their determination, donations, and a dose of technology, they were able to make their incredibly altruistic teenage dream a reality!

It’s now been five years since their movement began. Since then, all of its founding members have found new homes on college campuses, including the likes of Harvard, Rice, University of Texas and Georgetown, to name a few. Yet even in their physical absence, the charity they founded has continued to flourish, in part, thanks to how technology has made it possible for them to continue their work from afar, but also because of the great need it helps to fill. To put it simply, the work they do was simply too important to graduate from, even when they left their respective high schools. So, they continue to find ways to continue their mission from afar.

Current President and Co-founder of the group, Ahneesh Mohanty, is attending University of Texas at Dallas, now, where he’ll begin as a medical student in 2018.

He also works as a Research Associate at UT Southwestern, is involved in three different research projects, and is penning several academic papers to be published soon. To say his days are busy would be an incredible understatement. But since 2012, when he helped to create The Outreach Movement along with ten other students, Mohanty has continued to make its mission a priority in his life.

“All of our board members went through the public school system and were aware of how stratified our classes were in terms of socioeconomic status. We knew many
intrinsically bright students

that had to work to help their families, or take care of family members, and as a result had less time to devote to classes and would quickly fall behind in class,” Mohanty said.

“It did not seem fair to us that academic success was more so a product of socioeconomic status rather than effort and individual talent. This was our inspiration to form The Outreach Movement,” Mohanty said.

Though the members said that the growth of the movement was slow at first, it was and remains deliberate and thoughtful, which is not surprising given the group’s high standards. That said, it only took a few months for them to officially form a 501c3, and since then the group has been finding unique ways to raise money, from back-to-school fairs to casino nights, just to name a few of their efforts.

“The omnipresent call of all nonprofits is always for more donations and monetary support,” Mohanty said. Still, while donations are much needed and highly appreciated, he said what the group would most like is to increase participation. “We would like for people to spread the word about our organization and our passion to help those who are less fortunate. We want to expand to more high schools, transitional living shelters, and scholarship organizations to help impact even more students,” Mohanty said.

Besides being student-founded, another trait unique to The Outreach Movement is that it has been able to provide its tutoring services without charging money to either the students being tutored or their schools. This is thanks to generous supporters who have helped to privately fund the mission.

“Our organization operates at zero cost to both student and institution. This means Outreach provides all equipment necessary for tutoring and students do not have to pay for this service… We take care of all costs associated with establishing this service,” Mohanty said.

All the tutoring is completed using video conferencing, which makes it possible for tutors and pupils to “meet,” even when they are in different areas. This also allows The Outreach Movement the flexibility to match pupils with tutors who will be a good fit for their needs. “Instead of looking at community service at a macroscopic scale, Outreach is unique in that we start at the level of the individual. Each tutor is responsible for a specific student, and as a result, the tutor-student pair builds and develops rapport over the course of the academic year,” Mohanty said. “It’s endearing to see both the tutor and student becoming invested in each other’s academic success.”

Of course, the pupils aren’t the only ones who are learning in the process. The founding members have grown, as well. They state on their website, “Through this ongoing journey, we are constantly learning: how to apply for grants, how to create commercials, how to publicize our organization, etc. Most importantly, we’re learning how to work together as a team to create better services for the people we serve.”

Back in 2012 the group’s founding sophomores started with a single chapter at Clark High School in Plano. They tutored 30 students at nearby Benjamin Franklin Middle School that year. Since then, the Outreach Movement has steadily grown, and they have partnered with other charities, like the AVID program, which stands for Advancement Via Individual Determination, an organization that helps students prepare for college. Each campus involved now partners with other charities, to help both kids and adults. The goal is to provide them with all the tools they need to succeed academically. This sometimes means college prep. For others, it means helping them earn their G.E.D.s. Some groups help teach interview and job application skills.

Basically, as the mission has expanded, so have the ways they are able to help.

This year, The Outreach Movement served over 60 students, which represent several different campuses. “System wide, we have roughly 75 tutors as well, all of whom must meet stringent quality and academic standards to stay in the program as a tutor,” Mohanty said.

Taking on tutoring is no easy task, especially for students who have already filled their own schedules with rigorous academic work. “Tutoring for Outreach is demanding,” Mohanty said. “It’s a lot of hours spent preparing for sessions and tutoring each week. Our tutors are so academically talented, often performing in the top 1% of their class, and tutoring for Outreach takes up time devoted to classwork and studying for tests. Tutoring for our organization requires prioritization and effective time management, and this can be taxing for our tutors.”

Those guidelines have obviously served the group well though. “Each year, our students have experienced on average a 25.8% increase in GPA after the implementation of Outreach tutoring,” Mohanty said.

Of course, it’s not only the pupils that have benefited from The Outreach Movement. The group’s Co-Director of Publicity and Media, Janani Ramachandran, is now busy as a Chemical Engineering student at The University of Texas at Austin. But that hasn’t stopped her from continuing to participate with the movement.

“I personally got involved in The Outreach Movement early on in high school when a few of my peers told me that they had an idea to start this organization, and that they were looking for students to be tutors. I immediately was interested in getting involved, because I have spent my whole life watching my mother, who runs an extracurricular math tutoring school, share the gift of education with hundreds of students,” she said. “Growing up in such an environment, I was well aware of the impact that one good tutor could have on a student’s performance in school, but more importantly, on their confidence about their abilities.”

“I am extremely glad I made the decision to join The Outreach Movement as a tutor and eventually became a board member, because it has without a doubt been the most rewarding experience that I have had,” Ramachandran said

It is always remarkable and admirable when people see a need and actually decide to do something about it, but in the case of The Outreach Movement the story seems particularly inspiring, not only because of how young its members were when they founded it, but perhaps even more so, because of how passionately they have continued to foster its growth, even as they have taken on increasing responsibilities and challenges themselves.

“For the board, it’s also empowering to hear success stories. We may not be changing the world, but we are helping to change someone’s world, and that makes all the difference,” Mohanty said.