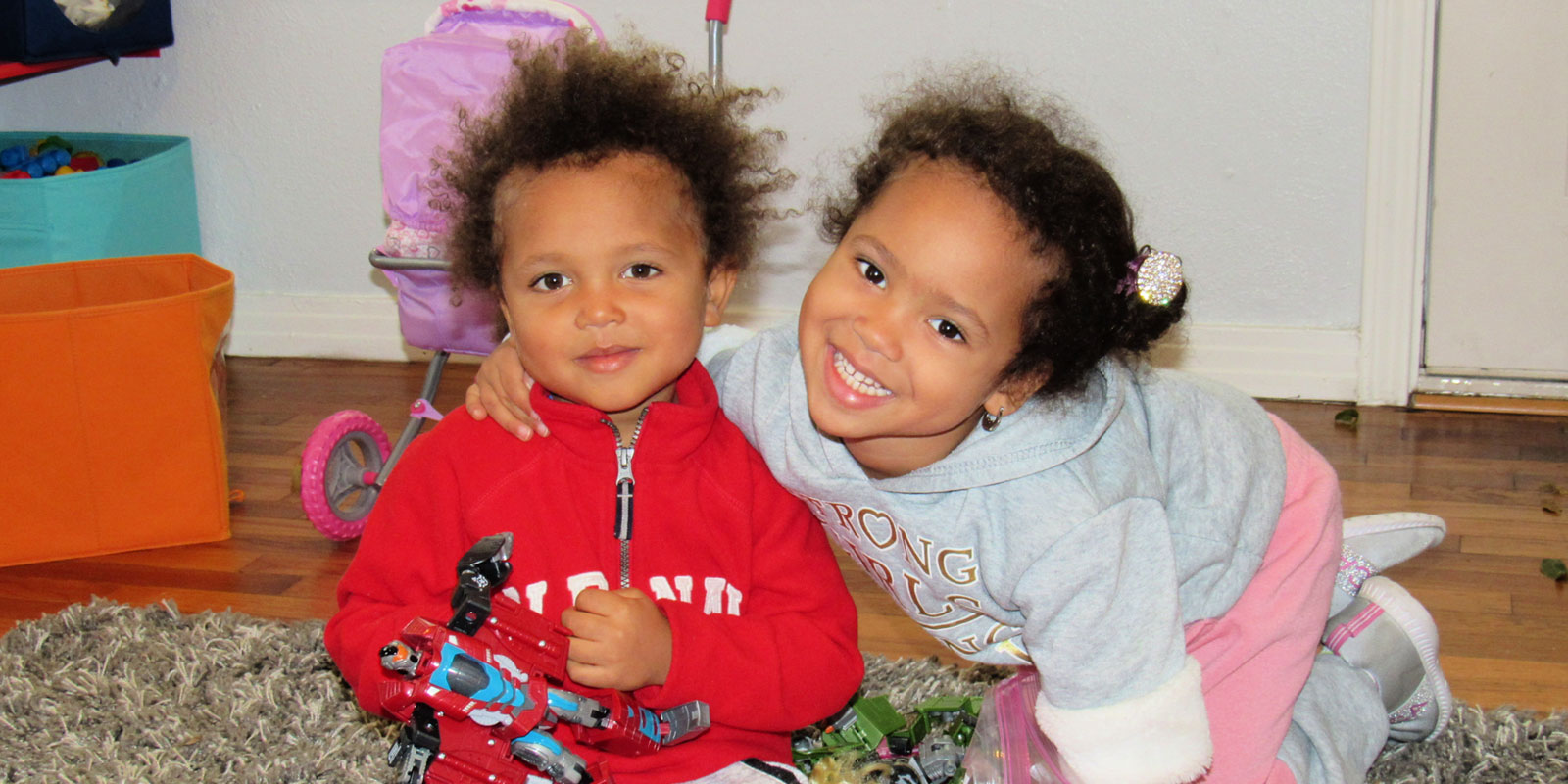 Collin County has a reputation of affluence and prosperity, but not all residents share in this experience.

A 2019 report from the Collin County Homeless Coalition recorded 558 homeless individuals across Collin County, a 31% increase from the 427 documented in 2018. Children make up 34% of that number, and many of them come from families headed only by a struggling single mother.

This is why Shiloh Place exists. The McKinney-based nonprofit ministry helps single mothers and their families move toward self-sufficiency by providing housing, childcare, and up to two years of college tuition for the mother. Each family resides in one of the six fully furnished apartments on Shiloh Place’s campus in the heart of downtown McKinney.

The two founders, Eppy Thern and Kelley Burgess, have long histories of caring for struggling families. Burgess, who now sits on the board of Shiloh Place, spent years as the lead counselor for a local crisis pregnancy center. She and her husband Bob were also foster parents for over a decade, specifically taking in at-risk children.

Thern, the ministry’s executive director, has a bit of a different story. As a young woman, she encountered the challenges of single motherhood firsthand. She’s walked in the shoes of the women she serves and uses her own experiences to shed light on what they need most. She specifically recalls how her friends and family made it possible for her to get through those challenging years. She recognizes how rare such a community is for most single mothers, explaining that “they don’t have the same kind of support network or encouragement around them to help them be successful.”

Having such a network allowed Thern’s circumstances to stabilize over time. She got married, became a Doctor of Chiropractic, and worked at a private school in various roles. Still, she never forgot about the challenges she faced and how valuable her community was for her future success. Being on the receiving end of this blessing motivated her to bless others. She began volunteering with crisis pregnancy centers, offering the same support she received during her years as a single mother.

The founders’ lives connected first through the private school Thern worked at and later through their mutual passion for helping struggling families. While they both cared deeply for the work they did at the crisis pregnancy center, they realized that their combined experiences put them in a unique position to help single mothers and their families at what they began to call “the next step.”

The next step is what happens to the mom and the child after the pregnancy. When serving as counselors, Thern and Burgess heard about the terrible conditions these women were living in, but they couldn’t do anything about it. Together they looked for opportunities to meet these needs, but they found nothing in McKinney. The necessity for someone to step in became clear. The two decided to create the solution themselves, and in 2010, Shiloh Place was born.

“We didn’t go into it thinking we would start a ministry,” recalls Burgess. “We tried everything to not start something and to just work with what was already there, but there wasn’t really anything there.”

The pair knew that starting the ministry would take some time. While they both had a diverse range of professional experiences, neither of them had done anything quite like this before. Burgess put it frankly: “We had no idea what we were doing.”

What they lacked in experience they made up for in research. They spent two years meeting with and learning from organizations who had done this kind of work for a long time. They travelled all around Texas and across state lines interviewing directors, board members, and anyone else who would speak with them. By 2012, they were ready to accept their first resident.

Since then, Shiloh Place has expanded into a staff of eight women, including a counselor and a professional case manager who both meet regularly with individual residents. They have graduated 38 women from their program, helping provide stability to 62 children.

Applicants must fit certain criteria for acceptance. Mothers must be homeless or at risk of homelessness and have sole physical custody of at least one child. All children must be under the age of 10 at the start of the program. In the year prior to their application, women must have been out of jail and free of drugs and alcohol. No applicant with a history of person-to-person crime is accepted. Women must also have the motivation to achieve personal and career goals since the rigorous program requires quite a bit of dedication.

Thern likes to prepare prospective residents for the challenges ahead of them by explaining how the organization got its name. “Shiloh is a resting place,” she says, referencing an Old Testament location that sits between one character’s old life and his new one. This is what the ministry offers to these single mothers and their children– a safety net amidst the transition. “This the resting spot,” she says, “it’s a rest from the daily worries… but it’s not particularly restful.”

The team makes the requirements clear during the interview process, so residents know what they’re getting themselves into. The goal is creating a sustainable life for these families within two years, and that takes a lot of hard work. “They have to want it more than we want it for them,” the director said.

The educational element has become a foundational part of the program. Women pick a program, often through Collin College, that qualifies them for a full-time, salaried job. The mother gets to choose which career path she wants to pursue as long as she adheres to the certain guidelines set by Shiloh Place.

“It’s the mom’s life, and they get to have a voice in what they want to do,” explains Thern. “But we are going to say the career plan you’re picking must be completed in 18 months and must make $44,000 a year.” Once the mother sets her goal, the case manager works to keep her accountable and ensure success.

Thern and the rest of the team believe these expectations help the women provide for their families for the long term, and Shiloh Place is all about building long-term solutions. They often say that they give single mothers a hand-up not a handout. Many similar organizations encourage mothers to get any job as soon as possible, making education a secondary priority. Shiloh flips these expectations because they want their women to have the tools and support to continue with success no matter what they face.

The results of the program have proven that their model does work. Since its founding, 70% of the women who have started the program are now considered full graduates, meaning that they have stable jobs, a growing savings account, decreased debt, and sustainable housing. Each of those graduates are still moving forward in their careers and living in stable housing. One mother recently told Thern that not even a 3-week-long furlough caused her to panic because she learned to save during her time at Shiloh. Another graduate said that her time at Shiloh helped her and her two daughters become proud of the life they built. “I felt I was finally accomplishing something in my life,” she said. “I was truly happy.”

Thern and Burgess had no idea all this would happen when they began their mission. All they knew was that they wanted to use their experiences to meet a need they saw in their community. The work is hard at times, but they both believe it’s worth it. “It’s kind of crazy,” Burgess says, laughing a little bit. “But these are people, and people are worth the effort.”

To learn more about Shiloh Place and how you can help, visit shilohplacemckinney.com

Filed Under: Champions, Latest
Past & Present
Welcome Webster to your home