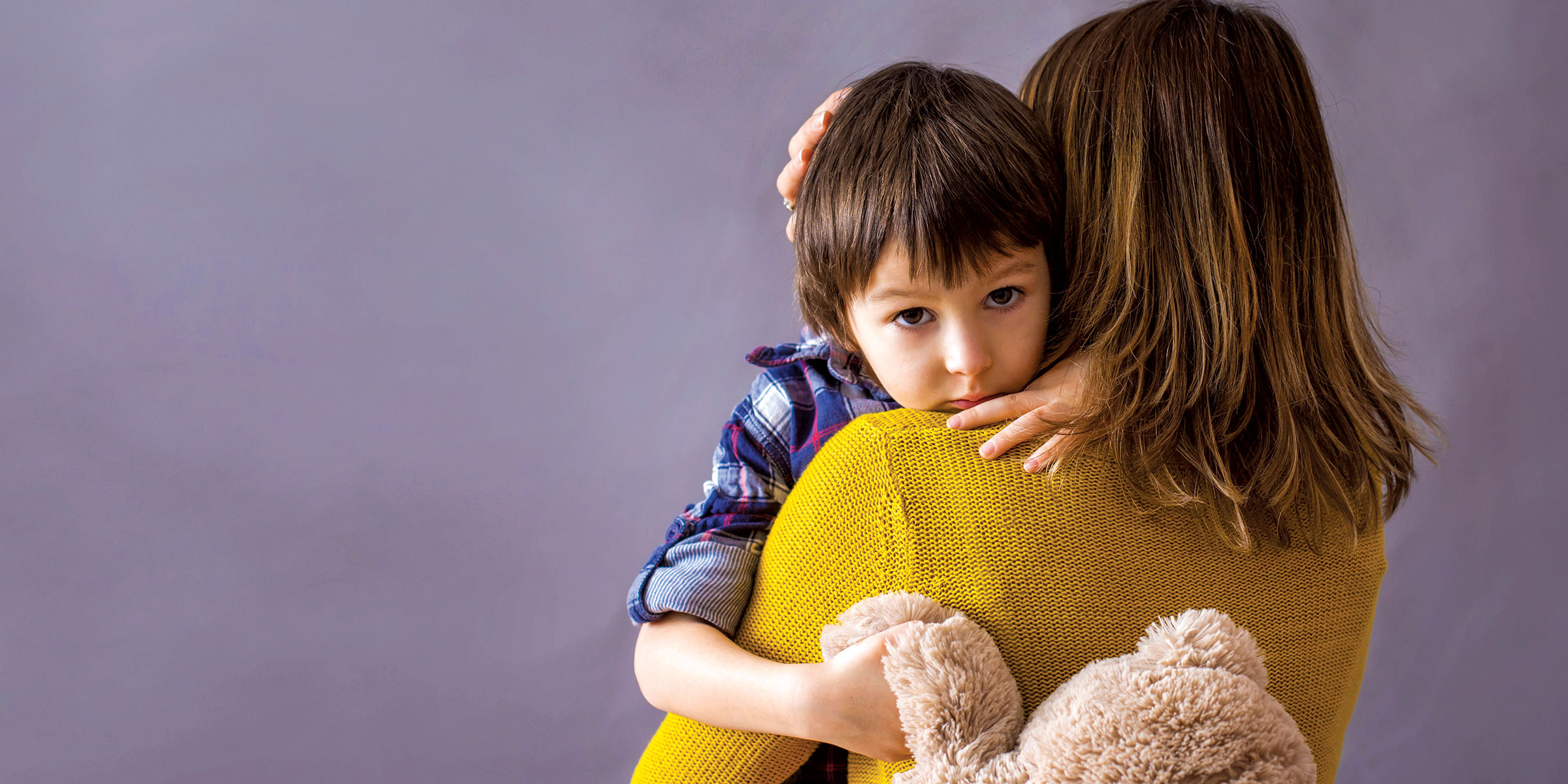 As we celebrate women during the month of March, it’s easy to turn our attention to females who are helming Fortune 500 companies, earning fame as creative artists or making history bringing home gold medals as Olympic athletes.

But some days, for some women, the best they can do is survive.

Emily’s Place, a Plano-based nonprofit organization, offers a safe haven and myriad resources so that women who have suffered from domestic violence abuse — and their children — cannot just survive, but thrive.

The concept is to offer long-term community housing to women who are looking for a “hand up rather than a handout,” according to Founder and President Mark Hagan, whose aunt and uncle raised a girl named Emily who was abandoned at birth, and for whom the nonprofit is named.

Hagan, a financial adviser with the Swiss banking group UBS, formerly PaineWebber Group Inc., said he and his wife started the ministry in 2002.

“PaineWebber at the time offered a course for people to go and listen to how to make your business better,” he said. “We typically go to those [conferences] to see what’s going on in the marketing side of our business. This was a completely different course; it was a ‘take a look at your life’ course.”

Inspired by the coaching to “live every day with purpose,” Hagan and his wife opened Dallas Providence Home for women in Seagoville. It accepted just women; no kids.

“Fast forward to 20 years later and we have a two-acre campus north of downtown Plano,” Hagan said. “We have 72 domestic violence beds, the largest number in Collin County. It’s been pretty amazing, and that’s not a comment on me. It blows my mind.”

As the ministry began to expand over the years, Hagan approached his aunt and uncle about naming the nonprofit in Emily’s honor after her life was tragically cut short by suicide.

“Suicide is horrifically tragic, and it was brutal on our family,” Hagan said. “By naming the work we do in memory of her life and all the good that she did, it provided a chance to speak about our loss as a family in a more positive light. Everything my aunt and uncle did as parents to help her is exactly what we do at Emily’s Place.”

While the road to building, expanding and operating Emily’s Place has presented challenges over the years, Hagan has repeatedly pressed forward when he feels the nudge to take another step.

Emily’s Place now has a $1.2 million annual operating budget and serves up to 19 families at a time. The nonprofit is currently planning a massive 20th anniversary gala, set for April 23 in Frisco. This year’s fundraising goal is $600,000, an effort to raise funds for a building project and programs for residents. Ninety cents of every dollar raised goes toward programming and services.

Women trapped in the cycle of domestic violence often return to a volatile situation because they’re not financially independent or able to provide childcare, explained Brynn Bruno, executive director of Emily’s Place. Domestic violence hotlines can get as many as 21,000 calls per day.

When a woman breaks free from her abuser, she can usually find a place to spend a night, or even a month, and get some warm meals. But then what? What about finding employment, re-establishing credit, getting her kids to school, finishing her GED?

Emily’s Place is not a quick fix but a long-term solution, officials say.

“We’re where [domestic violence victims] go when they have nowhere else to go,” Bruno said.

At Emily’s Place, they get long-term housing and learn to become self-sufficient. Ninety-eight percent of Emily’s Place’s adult clients were in foster care at some point, Bruno added.

“That’s really a demographic that has less of a support system,” she said. “We’re designed to take someone from homeless to independent financial security. We remove the barriers that specifically cause a mom to go back to her abuser; things like not having somewhere to live, not having childcare, not being able to financially support herself and her children.”

Bruno estimates that fewer than 5% of Emily’s Place graduates actually return home to their abuser. In its 20 years of existence, the nonprofit has seen numerous graduates remarry and thrive in healthy relationships and successful careers.

Because of the resources provided, such as transportation, education, counseling, job skills training, advocacy and childcare, moms are able to leave their abusers earlier, rather than waiting until their children are in elementary school — which used to be the norm. Emily’s Place residents also learn how to pay off debts and build credit. Three Emily’s Place moms are currently working toward their first driver’s license.

Bruno, who has served as executive director for three and a half years, said she personally feels connected to the women served at Emily’s Place.

“I did grow up in violence; I was a victim of child abuse,” she said. “I look at my mother and if she’d had a place like Emily’s Place, it could have changed her life. What drew me to Emily’s Place is empowerment. We equip and empower people and provide resources. There’s not a lot of nonprofits that have the opportunity to invest in whole families for two years.”

The community housing setting at Emily’s Place also fosters fellowship and friendship, as the kids play together and the moms throw birthday parties for each other. The residents — once victims — begin to thrive in the family atmosphere.

“Their stories really are remarkable,” Bruno said. “We have a lot of people who have never worked or don’t have a GED. Last year, we had a Catholic school teacher who was also a Grammy Award-winning artist and we also had someone who hadn’t finished third grade. Everyone has the same goal, but how they get there looks really different for each person. We have a customized plan for each of our residents.”

Hagan added that couples are encouraged to do service projects on the campus.

“We want our residents to see good behavior modeled in real time,” he said. “I can’t pay a counselor to show that to them. The kids are starved for positive male role models. There’s not a much cooler outcome than seeing a gal go through our program and get married and be able to trust men again.”

A robust camera system and 24-7 security ensure that the women and children are safe from their abusers. They live on a sprawling two-acre campus with room to roam around, but they also know that they’re protected.

The application process is designed to identify those who are “really ready” to leave a domestic violence situation. Because housing is provided free of charge for up to two years, the women must be willing to work or go to school full-time.

Only women are served at Emily’s Place, and although being a mother is not a requirement, most of them are.

“The majority of our women are far removed from their abuser, maybe five years removed,” Hagan said. “We’re not a shelter. We’re not taking women on the run, in a hot situation. It’s super important that it’s private, but it’s not a shelter. And knock-on wood, in 20 years, we’ve never had an incident.”

More than occasional therapy often is needed for the residents, and Emily’s Place goes above and beyond to make sure women have tools to take better care of themselves.

“Almost every woman that comes in has an unhealthy coping mechanism,” Bruno said. “We help them to maintain sobriety from drugs and alcohol. They meet with counselors every single week. We encourage them to maintain the resources that have helped keep them sober.”

It’s not just a two-year program. Emily’s Place believes in its graduates so much, they’re building housing for them. They expect to break ground later this year on an apartment complex to house the families of at least 10 graduates.

“We do get very close to the families,” Bruno said. “It’s exciting for us to get to cheer them on.

The kids often feel like this is the only home they know.”

An option also will be available for those who haven’t yet graduated to move over to the apartment housing, pay a little rent and establish some credit by being responsible for their own utilities while still in the Emily’s Place program.

While other businesses, particularly nonprofits, shut doors or limited services during the height of the COVID-19 pandemic, Emily’s Place was expanding programs and gearing up for the first Camp Emily, held last summer.

The week-long therapeutic camp is a reunion for the children of Emily’s Place graduates that encourages “community building with other graduates and current families, and [allows] for traditional experiences that affirm God’s love, boost self-esteem and continue in the healing process of the trauma they experienced,” according to the website.

Emily’s Place created a resource center last year, and the staff moves forward any time a need is placed on their hearts, Bruno said.

“The name of our program is Surviving and Thriving,” she said. “We felt like God really called us to do something big, and we felt like we needed to honor that. We are faith-based, although you do not have to be of a particular faith when you come in. We serve a pretty diverse group. Our founder felt like this was something that God put on his heart to create.”

Hagan said the last 20 years have been nothing short of amazing.

“When a mom comes to our program, she’s at the bottom; she’s out of options,” he said. “When you strip away all that we do, if we can just help a mom get some confidence and self-esteem, she’s stronger, and her kids are stronger.”

Need help or want to volunteer?

Filed Under: Champions, Latest
League of Women Voters® of Collin County
Call of the Wild
Searching is in progress