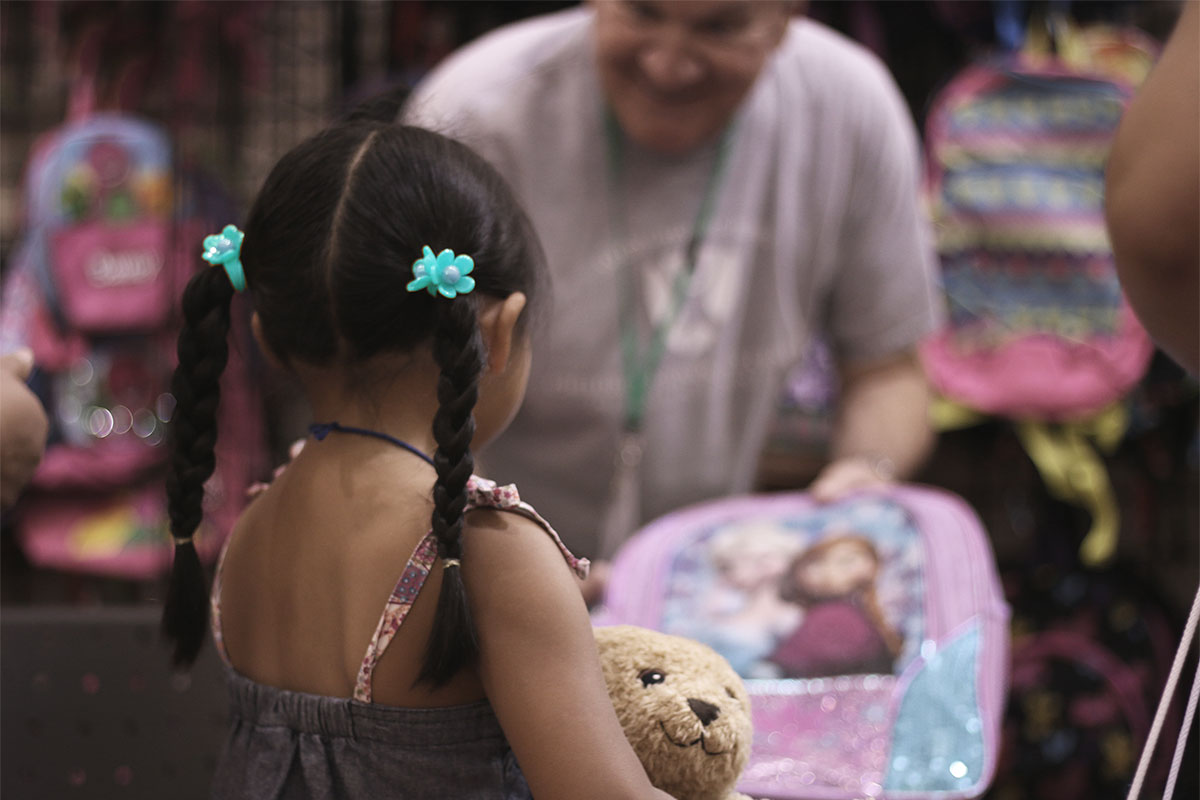 Imagine being a teacher and one of your students makes a claim of abuse by a family member. Unsure of where to turn, you report the incident to local law enforcement. As a mandatory reporter you have no choice but to speak up.

Reporting child abuse is critical. State law requires all reports of abuse and neglect to go through Statewide Centralized Intake first, either by calling or visiting the Texas Abuse Hotline.

Each year, more than 5,000 abuse reports are made in Collin County and most of them are handled by the Child Advocacy Center of Collin County (CAC).

The Plano nonprofit has handled child abuse and neglect cases since 1992. Its core mission is “To provide safety, healing and justice to children victimized by abuse or neglect in our community.”

Since its inception, the Center has provided services to over 50,000 children and their families at no cost.

“We realized that having to endure trauma and then going to more than one place just increased difficulties,” Kara Shrum, Corporate Relations Manager said, while on a tour of the CAC.

All of Collin County’s CPS workers are housed at the CAC.

CCAC’s approach is effective. A District Attorney in Alabama designed the approach in the 1980s after he realized the victims were being retraumatized each time they shared their story.

In the case of a student, after the school reports the abuse to law enforcement, in many parts of Collin County, an investigation is began with the Collin County Sheriff’s Office that utilizes Crimes Against Children Investigators.

The child and non-offending family members are then brought to the CAC for a forensic interview.

The interview is a fact-finding mission conducted by a specially trained professional designed to minimize the number of times a child must tell their story.

“In Texas, a report of abuse is made every two minutes and 92 percent of children know their abusers,” information provided by the center states. Unfortunately, in 73% of sex abuse cases the child won’t disclose anything about the abuse.

At the CAC, the child’s interview is recorded and live streamed to another room where law enforcement, therapists and other individuals involved in the case can watch the interview in real time.

In Collin County, the Crimes Against Children Division of the District Attorney’s Office maintains a 94 percent conviction rate.

CAC urges early intervention as it key for a child to heal.

There are four types of abuse that children experience at the hands of an adult: physical, sexual, emotional and neglect.

Physical abuse involves striking, kicking, burning, biting, hair pulling, strangling, throwing, shoving, whipping, or any other action that injures a child. Even if the caregiver didn’t mean to inflict an injury, when the child is injured, it is abuse. “While not all physical discipline causes injury, we do not recommend it as a way to correct your child’s behavior,” says the CAC.

“Sexual abuse occurs when someone uses a child for sexual purposes or involves a child in sexual acts. This includes touching the victim or having the victim touch the offender on their private parts over or under clothing, exposure of private parts of either party, exposure of graphic content to the child, and the introduction of sexual material in person or online,” says the CAC.

Emotional abuse is defined as “inflicting and/or allowing mental or emotional injury to a child that results in an observable and tangible impairment of the child’s growth, development or psychological functioning.” This includes being ignored, rejected, isolated, exploited, verbally assaulted, or terrorized.

Over 10% of adults report being emotionally abused as a child.

As a case proceeds, the child victim and non-offending family members can receive therapy. Therapy is available in a variety of ways at the center including talk therapy with a counselor, or art, music and play therapy.

The center’s services are available throughout the entire life of the child victim and non-offending family members and for no charge.

Another piece of the puzzle is family advocacy and support services. This is where emotional and economic resource needs for victims and their non-offending family members are tackled.

One component of this piece is the Rainbow Room where brand new clothing, toys and shoes are available for child victims.

“A lot of times when a child is picked up by CPS, they have no shoes, their clothes may be the wrong season or ill fitting,” Shrum said. “Some have never owned a toothbrush.”

The Rainbow Room offers a selection of items for the child victims and non-offending family members as well as CPS who are working with families, including foster parents and kinship placements.

The nonprofit knows the value of education. Another aspect that CAC focuses on is education for caregivers, childcare professionals, educators, faith communities and corporate and civic groups to raise awareness about preventing, recognizing and reporting child abuse.

Several community education opportunities are available, most at no cost, including workshops on: Recognizing and Reporting Child Abuse, Parenting the Digital Generation, Stewards of children, Protective Parenting program and the Kids Count Players.

The Kids Count Players utilizes volunteers for a puppet troop. They perform for kindergarteners through second graders educating them about personal safety, boundaries and the difference between secrets and surprises.

As a nonprofit, 78 % of funds go toward program services. Thirteen percent is spent on fundraising and less than 10% is spent on management and general items.

In the past two years, the CAC has experienced 14 to 16%  growth in the number of children they have seen.

As the growth of Collin County continues, an expansion of services is something that must be tackled in the near future.

Anyone interested can help with the CAC’s mission by helping in a variety of different ways. The Teddy Bear Ride, an annual biker outreach opportunity, is in the works. The Holiday Project, is currently in the works and general donations can be accepted online at caccollincounty.org

Volunteer applications for anyone 18 or older, are accepted at the center and may be downloaded online at caccollincounty.org.

If you or anyone you know is a victim of abuse, report it by calling (800) 252-5400 or email texasabusehotline.org

Filed Under: Champions, Latest
Charming Charleston
Mona might be the one!!