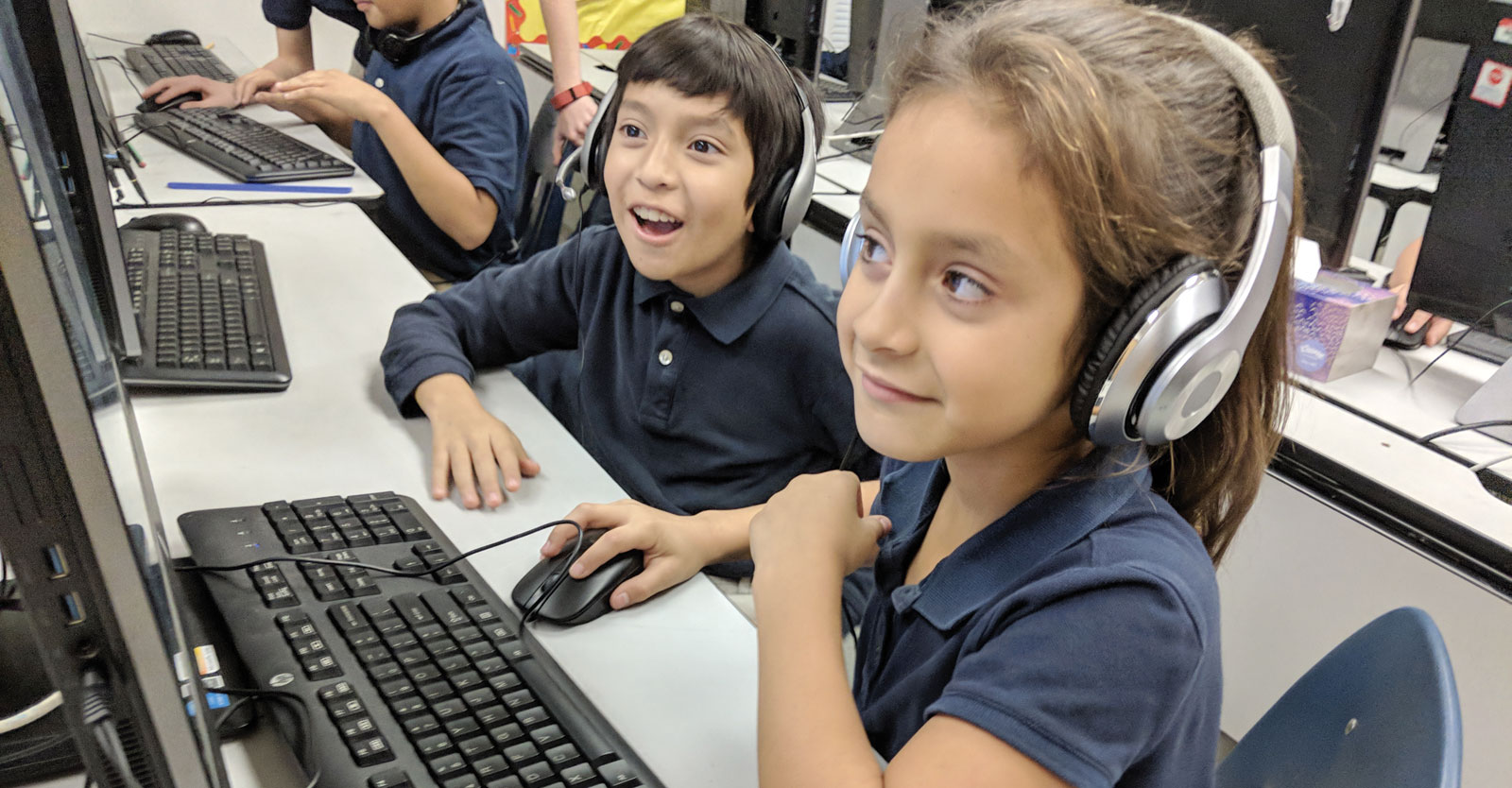 Beginning from a desire to help others, Wylie native Robyn Brown founded the nonprofit Bold Idea three years ago to mentor students in computer coding, preparing them for an increasing technological workforce as well as nurturing their creativity and life skills.

The nonprofit is located in Dallas and utilizes mentors from technology fields who work with students from grade three through 12. About 120 students and 60 mentors are currently involved in coding projects.

“Coding is the instructions that tell the computer what to do,” Brown explained. “The machines are pretty dumb. They depend on intelligent humans to tell them what to do.”

Brown pointed out that instruction at Bold Idea helps peel back the layers of technology. The importance of understanding technology, she noted, can be illustrated by the statistic that there currently are 35,868 computing jobs open in Texas, and they pay well.

“Virtually all jobs depend on knowledge of computers as a basic skill set,” Brown said. “There is a huge economic opportunity for students with these skills.”

In classes, students are encouraged to come up with an idea, such as a computer application addressing a specific need, and write a program to fill the need. For example, a student from Wylie designed a computer program, a web page, to connect nonprofit groups with student groups as a source for service projects.

does not mirror the traditional classroom model. Mentors work with small groups on developing ideas instead of delivering lectures from the front of a room. The nonprofit has a ratio of one mentor per two students.

Brown found that students learn better through teamwork than they do individually, learning and overcoming problems together. The mentors provide their expertise to write instructions for a computer, and students pick up on the process quickly.

“They get more engaged and more excited about what they are learning,” Brown said. “These younger kids are fearless. They say ‘let’s do it.’”

At the end of each semester, Bold Idea holds Demo Day during which students present their projects to an audience, a practice that develops public speaking skills.

The nonprofit co-founder is the daughter of Neil and Debbie Brown. She graduated Wylie High School in 2000 and earned a journalism degree at University of North Texas. She learned the satisfaction of helping others from her parents and volunteered as a Girl Scout leader while in college.

“They (her parents) were always about helping people because that’s what you are supposed to do,” Brown said. “I saw the benefit of mentoring when I was in Girl Scouts.”

After completing studies at UNT, she worked 10 years writing marketing content for software companies and technology startups. In order to write about technology, she had to gain a working knowledge of technology, which she accomplished by working with engineering and developer teams. She learned in the process that many coders and engineers had a desire to teach others.

Utilizing her training as a journalist, Brown researched the field of computer coding and how it is taught in schools, and gained some insight. Foremost among those is that computer science is not all about design and making machines bend to our will, but computer science has always been about helping people.

By teaching the mechanics of computer science and coding, the nonprofit helps students to become more creative and work with others toward a goal.

“Bold Idea teaches students that their ideas are creative and valuable. We help turn ideas into reality,” Brown said.
An added benefit of the nonprofit programs is that they fill a need of technicians, who often are stereotyped as loners and a bit eccentric, unable to relate well with others.

“The techs are passionate about their work and want to share,” she noted.

Addressing that, the nonprofit takes the time to train technicians on how to relate to students, improving their people skills. It is a win-win situation.

Since the founding of Bold Idea with Ben Davis, who has worked in web development for several Fortune 500 companies and public institutions, the nonprofit has expanded from its base at 2904 Floyd Street on the UT Dallas campus to include class offerings at two software companies, a coffee shop near Southern Methodist University, a church, and a community center in West Dallas. “We want to be accessible to students wherever they are,” Brown said.

The nonprofit is funded by small program fees and donations from individuals and corporations. Brown pointed out that the Dallas area is a technology hub in the country.

She takes pride in the ability of Bold Idea to connect students and computer techs to benefit of both, and is thankful her career patch has led her to act on her vision.

“It’s easy to come to work when you know that the work has such an impact on the students you serve,” Brown declared. “Plus, you get to work with a lot of cool people.”